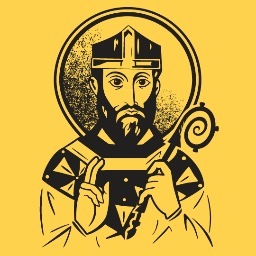 HOUSTON, TX — As supplies of Saint Arnold Icon Gold diminish, the Houston brewery is greeting craft beer fans with a new offering from the Saint Arnold Icon series: Icon Red, a Bohemian Pils. Saint Arnold Brewing Co. (www.saintarnold.com), the oldest craft brewery in Texas, is gradually releasing the light and refreshing brew in 4-packs of 12 ounce bottles and on tap in bars and restaurants throughout Texas and Louisiana.

Introduced in 2012, the Saint Arnold Icon line of beers features a different style available for about three months before a new style is introduced. As the name implies, some Saint Arnold Icon brews are iconic of a beer style. For instance, this Bohemian Pils was inspired by the unfiltered, unpasteurized pilsners Saint Arnold’s brewers found on hop buying trips to the Czech Republic. Saint Arnold sought to recreate that beer, but with an increased emphasis on the flavor and aromatic qualities of the hops.

“This beer is very refreshing, starting with the distinctive Saaz hop nose, then a pleasant maltiness for such a light beer followed by a floral, spicy and earthy hop flavor that closes with a focused bitter finish,” said Founder/Brewer Brock Wagner.

Saint Arnold Icon Red features a single malt (pils) and a single hop (Saaz). The brewers took care to use traditional methods for heating the mash to achieve a rich, malty body. They removed a portion of the mash, boiled it, and then mixed it back in. This process causes caramelization that deepens the beer’s color and lowers the fermentability of the sugars and results in a slightly richer bodied beer. That traditional approach also extended to the use of Saaz, a very traditional aroma hop that has been grown in the Czech Republic for centuries. It is the only hop used in brewing that has never been hybridized.

Saint Arnold Brewing’s 16 brews are made and sold by the company’s staff of 52 dedicated employees. Ranked 45th on the Brewers Association list of top craft breweries, Saint Arnold was listed by USA Today as one of the “10 great places to see what’s brewing in beer,” and Smart Meetings magazine named it among the “Top 5 breweries to host an event.” Saint Arnold is located at 2000 Lyons Avenue and its brewery tour and tasting is offered every weekday at 3:00 P.M. and Saturdays starting at 11 A.M. For more information on Saint Arnold’s seven year-round and five seasonal beers as well as root beer, log on to www.saintarnold.com.