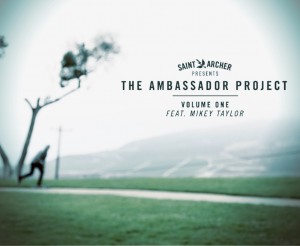 SAN DIEGO, CA. — October 21, 2013 Saint Archer Brewing Company is pleased to announce the second installment of the film series called The Ambassador Project. The film series offers a unique glimpse into the lives of some of Saint Archer’s owners/ambassadors. Every other month a new volume will be released on the Saint Archer website and ultimately shared virally through social media.

The film series is filmed and directed by Saint Archer co-founder Josh Landan.
Volume Two features Director of Brewing Operations Yiga Miyashiro and is currently playing on www.saintarcherbrewery.com. We hope you enjoy learning a bit more about who we are.

The Ambassador Project Vol. 2 from Saint Archer Brewery on Vimeo.