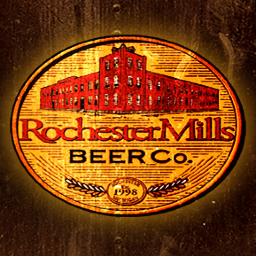 “Meijer is committed to supporting Michigan breweries, as evident in the growing number of quality, locally brewed craft beers they offer,” said Mike Plesz, founder of Rochester Mills Production Brewery. “It is especially gratifying to see Rochester Mills beers added to shelves of stores we have shopped at for years.”

Lazy Daze Amber is a Vienna Style Lager. A clear filtered beer that boasts a rich amber color and medium-bodied flavor from a combination of German hops and Munich malt for a subtle sweetness. Milkshake Stout is a deep dark beer featuring a smooth texture and surprisingly light body. The combination of four different malts with a low hop level creates rich, sweet roasted chocolate, caramel and coffee flavors.

“We’ve focused on a careful and controlled rollout of Rochester Mills brands beyond the brewpub with a consistent supply to our wholesalers,” said Earl Smith, CEO of Rochester Mills Production Brewery. “We have also continually made significant investments to increase the capacity of our brewing operations to meet the demand for our beer as its popularity grows.”

The Rochester Mills Production Brewery, brewers of Rochester Mills Beer Co. brands for distribution, began as a startup brewery in Auburn Hills, Mich. in 2012, quickly becoming one of the top craft beer producers in the state. Their Lagers and Ales packaged in 16oz. aluminum cans are currently featured in grocery stores as well as independent and franchise convenient stores, and specialty beverage merchants statewide. Additionally, their four core brands, which include Milkshake Stout, Lazy Daze Amber Lager, Cornerstone IPA, and Rochester Red Ale, along with rotating seasonal offerings, can be found flowing from more than 500 taps at bars and restaurants across Michigan and North West Ohio.

Rochester Mills Beer Co. has been one of the top producing brewpubs in Michigan since it opened in 1998. The pub offers a diverse beer menu with eleven different styles of beer consistently available as well as a number of reoccurring seasonal offerings. In 2012 the Rochester Mills Production Brewery was opened and began producing select year-round and seasonal offerings that are distributed across Michigan on draft and in 16oz. aluminum cans and remains one of the fastest growing craft breweries in the State.

More information can be found on their website at: www.beercos.com.

Meijer is a Grand Rapids, Mich.-based retailer that operates 204 supercenters and grocery stores throughout Michigan, Ohio, Indiana, Illinois and Kentucky. As a pioneer of the “one-stop shopping” concept, Meijer stores have evolved through the years to include expanded fresh produce and meat departments, as well as pharmacies, comprehensive electronics departments, garden centers and apparel offerings. Additional information on Meijer and the ability to shop for more can be found at www.meijer.com.