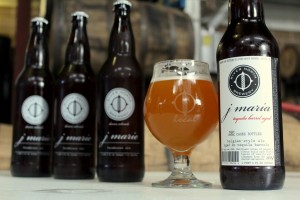 “I’ve always been skeptical of tequila barrels for aging beer,” Head Brewer Matt Hess said. “But when I had the chance to smell these barrels just after they were emptied, I knew we had to seize the opportunity.”

Notes of pepper, citrus and cinnamon balance the malty backbone of classic J. Marie, creating the perfect mix of sweet and spicy. Finishing at 10.2% ABV, J. Maria holds its own. No lime or salt required.

In total, the brewery bottled 135 cases. Both draft pours and bombers-to-go will be available at the release party. Bottles will cost $15 with a limit of three. More bottles will hit store shelves in Colorado and Kansas City in the weeks following the release.