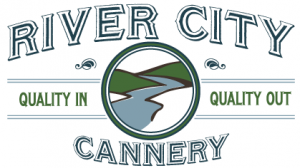 Arlington, VAÔêÆ On the morning of March 8, Matt Sebastionelli began the journey from Boulder, CO to his warehouse in Elkridge, MD, driving a 20 ft. box truck and hauling over a half a ton of equipment. This equipment, manufactured by Wild Goose Canning based in Boulder, CO, will fill 40 aluminum cans per minute upon being wheeled into a brewery and dialed into the brewer’s finishing tanks.

In addition to bringing his truck and equipment home to the east coast, Sebastionelli was returning from a week of hands-on training where he and his team were able to can for a few different Colorado breweries to gain some first-hand experience and learn the nuances of operating the machinery in various conditions.

Last month, River City Cannery began operation in the Mid-Atlantic and Northeast where they are canning beer for staples such as Heavy Seas Brewing Co. out of Baltimore and Iron Hill Brewing Co. in Lancaster, PA, as well as up-and-comers such as Jailbreak Brewing Co., opening this spring in Laurel, MD.

“We are honored to be working with breweries like Heavy Seas, which is a backbone of the craft brewing community and are also excited to grow alongside some of the newer start-ups like Jailbreak Brewing Co.”, said Sebastionelli.

In addition to providing a quality packaging service, River City Cannery offers on-demand inventory management that allows breweries to avoid large order minimums with suppliers and frees up storage space in their facility. “By ordering cans and lids in very large batches, we are able to pass along those savings to our brewery partners who would otherwise be held to extremely large order minimums and forced to store pallets of empty cans in their facility until they are able to go through them. Instead, we house them in our warehouse and bring them to the brewery as needed.”

The response to mobile canning in this region has been so positive, that Sebastionelli has already placed an order for a second canning line to be in operation by late summer 2014. “Given the high demand for mobile canning and our initial response from the brewing community, it makes sense for us to scale by expanding our operating capacity.”

Furthermore, Sebastionelli has no intentions of limiting his services to beer. “Our long-term goal is to operate multiple canning lines where we can service other beverage manufacturers such as wine, mead, kombucha, coffee, energy drinks, flavored waters, and even liquors. There are many reasons why beverage manufacturers are turning to cans and it’s only a matter of time before this reaches other beverage industries outside of beer.”

As Washington Business Journal reporter, Rebecca Cooper, noted in her August 2014 article on River City Cannery, Sebastionelli began his career as a firefighter and came up with the idea for a mobile canning business after getting injured on the job in 2011 and facing possible retirement. “As a firefighter, not doing your job properly can cost someone a life. Not maintaining high-quality packaging standards may not cost a life, but we treat the canning process with the same level of care and precision because it does cost the brewers money and we want to preserve the integrity of their beer.”