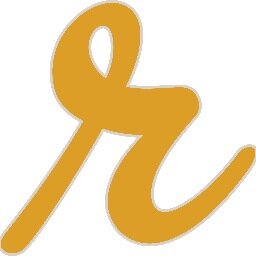 Washington — Click Wholesale Distributing (Click) is excited to announce that effective as of January 2nd, 2015 it is now the exclusive distributor of Reuben’s Brews (Reuben’s) – a brand that was previously self-distributed in Western Washington.

Since opening in August 2012 Reuben’s has become one of the most exciting, sought after, high quality and award-winning breweries to come out of Washington State.  They have been at capacity for about a year and a half but are building a new brewery that is expected to be online as early as April of 2015. The new brewery, combined with keeping their existing brewery, should put them in position to produce approximately 4 to 5 times the amount of beer compared to their current production capability. Click and Reuben’s are coming together at a perfect time for both parties, as well as Washington retailers and consumers. “The impending capacity increases at Reuben’s coupled with our new state-of-the-industry 116,000 square foot temperature controlled warehouse and corporate offices as well as ongoing sales staff, management and marketing additions at Click bode very well for those of us who love selling and drinking great beer” said Rick Steckler, President & Co-owner of Click.

“We are incredibly excited to be working with Click,” said Adam Robbings, Co-owner and Head Brewer of Reuben’s.  “Click’s salesforce is one of the highest regarded in the industry, and we felt immediately at home at Click when we met with them – which made our decision easy.”

“We are thrilled to add Reuben’s to our stellar craft beer portfolio,” said Steckler. “The fact that we have been in discussions with them for a year now shows how high they rated on our brand wish list! Reuben’s embodies the qualities we look for in supplier partners, including outstanding attention to production and ingredient standards, great branding, genuine, professional and personable people plus huge critical acclaim and consumer demand.”