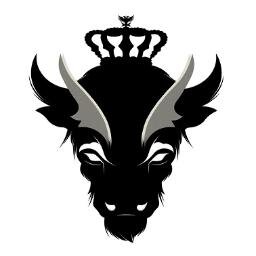 BUFFALO — The tap lines are always flowing at the Resurgence Brewing Company, mostly with Resurgence’s own locally made craft beer. Starting on October 3rd though, you’ll find new libation on tap, collaborative cider ale that tastes like a fresh apple fritter called, “All the Kings Men.”

Craft and quality are a must for both brewers, who spend a lot of time educating their customers about what makes their liquids so unique. Resurgence recently put Cider Creek’s Premium Farmhouse Cider on tap and customers can’t get enough.

“Our customers want local and want a high quality product. When we learned that Cider Creek was local, met the staff, and tasted their cider, it became clear that our missions were aligned” said Dave Collins.”

Buffalo’s love for beer is no secret and it’s seen a surge in demand for craft products. “Buffalo has always been a special place for me and my family. My wife grew up in Lancaster, Jeff grew up in Orchard Park and Dave’s fiancé is from Williamsville — so it was truly exciting to work with the team at Resurgence to develop a great product, for great people, here in Buffalo,” said Kevin Collins.

Cider Creek is just making its way into the Buffalo area. The company has primarily been selling through a distributor in Massachusetts since early May. Cider Creek also just signed a deal with Manhattan Beer, giving the distributor exclusive rights to sell in New York City, and they have also been self-distributing from their farm-cidery in Canisteo, NY, throughout the Finger Lakes.

A craft cider company, with old world influence and new world flare, Cider Creek is 100% handmade and farm fresh. All ciders offer the perfect balance between naturally sweet and dry and are always gluten-free. Cider Creek Hard Cider is made in Canisteo, NY and distributed and sold in Massachusetts and New York. For more information, visit www.cidercreekhardcider.com and follow us on Facebook, Twitter and Instagram.

The Resurgence team spent years researching the beer market across the United States and Canada so it could brew world class beer in Buffalo, NY. Resurgence Brewing is the culmination of international training with the industry’s best brewers. With a leadership team born and raised in Buffalo, Jeff Ware and Dave Collins returned home, hoping to contribute to the resurgence of their home town and to produce and distribute a top-notch product to craft beer lovers of Western, NY.