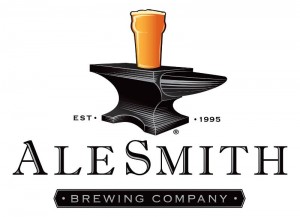 To top it off, RateBeer also recognized our 2012 Decadence Belgian Quadruple and Barrel Aged Speedway Stout with Kopi Luwak as two of the World’s Top New Beer Releases in 2013. We also had four other beers make the Top Beers in the World list: our Barrel Aged Old Numbskull, Barrel Aged Wee Heavy, AleSmith IPA, and Speedway Stout.

Peter Zien, owner of AleSmith, expressed his enthusiasm for the awards with the following statement, “I’m very proud of my gang and grateful for their commitment to AleSmith and our goal of making great beer. I’d like to thank the RateBeer community for recognizing us with these awards. It means a lot that this honor was determined from the ratings given by our customers. To know that we’re satisfying the consumer at such a high level is very gratifying. I’m extremely happy to see such an honor bestowed upon my brewery and our team.”

AleSmith Brewing Company was founded in August 1995 in San Diego, California. Owner, Peter Zien purchased the brewery in 2002 and has spent the last 11 years growing an internationally recognized brand dedicated to hand-forged ales and craftsmanship. In 2008, AleSmith was recognized as the “Small Brewing Company of the year” at the Great American Beer Festival. AleSmith currently employs 28 dedicated team members and is projected to brew 15,000 barrels in 2014.