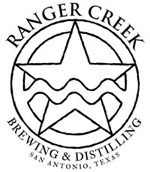 SAN ANTONIO, TX — Even at the young age of 18 months, Ranger Creek is no stranger to releasing new beers. They believe in keeping Texas craft beer drinkers’ taste buds fully engaged with frequent new releases and innovative recipes. The brewstillery has received heavy demand to make these creative brews available in bottles, and this was the inspiration behind their new series of seasonal bottles: the Ranger Creek Small Batch Series.

The Small Batch Series is a line of seasonal single batch brews designed to be unique, interesting, and often experimental. Each one is made in small quantities and with a completely different recipe. There is an air of mystery around each release as the label simply indicates “Small Batch Series” and a number. The unique color, number, and QR code on each label identifies each batch, the details of which can be referenced on Ranger Creek’s website or by scanning the QR code with a smart phone.

The first release of the series is Small Batch Series No. 1. It is an Oak-aged Rye OPA that comes in at 7% ABV. The brew is a resurrection of UNO, Ranger Creek’s one-year anniversary beer released on draft in November, 2011. The brewery took their signature Oatmeal Pale Ale, added rye to the grain bill, and aged it in oak barrels for a month. The resulting beer has a soft malt sweetness highlighted with spicy and earthy rye malt, toasted coconut, soft pineapple, apricot, citrus, floral hop flavor and aroma with a dry finish of oak. The suggested retail price is $4.99

More details and available retail locations can be found in the attached press release. For more information, contact Mark McDavid at 832-969-3800 or mark@drinkrangercreek.com.