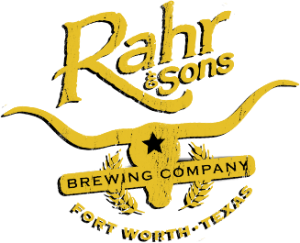 FORT WORTH, TX — Beginning in 2014, beer connoisseurs will get to enjoy craft brews from North Texas’ oldest brewery as a 12-ounce canned beverage.

Rahr & Sons Brewing Co. will launch a selection of canned beers to the Dallas-Fort Worth market in early 2014, which will include 12-pack cases of Rahr’s Blonde, as well as a new American pale ale that will be exclusively available in cans only. The launch will roll out to other Texas markets later in the spring.

Owners Fritz and Erin Rahr recognized the appeal of canned beers, and wanted to make this option available to their craft beer drinkers. Cans prevent unnecessary light and oxygen from breaking down the hops in a beer. They also prevent a metallic taste, and are much more eco-friendly.

“We are very excited to offer cans,” said Fritz. “It will open us up to new markets, and fans of Rahr & Sons will be able to enjoy our brews in any environment—especially where glass bottles may not be permitted.”

Head Brewer Craig Mycoskie brings a high level of expertise to this initiative. In his previous position, he worked at Wynkoop Brewery in Colorado, where he studied under Marty Jones—the man who made canned craft beer “cool.”

“There are certain consumers who look for quality beer in cans, and they’ve had to look elsewhere until now,” said Craig. “We’re eager to make use of some incredible new hop varieties with the new American pale ale.”

Rahr & Sons will use a specialty machine from Cask Canning, a Canadian company on the forefront of craft canning lines. The machine can fill up to 35 cans a minute, and production will begin soon.

ABOUT RAHR & SONS BREWING CO.
Fritz and Erin Rahr founded Rahr & Sons Brewing Co. in the fall of 2004. In nine years, Rahr has exponentially grown its brewing capacity from 2,000 barrels a year to 20,000 barrels a year. The brewery has won over 50 nationally recognized awards, including a Silver Medal at the 2012 Great American Beer Festival, a Bronze Medal at the 2008 World Beer Cup for Bucking Bock, and was the 2009 National Grand Champion at the United States Beer Tasting Championship for Iron Thistle. For more information, please visit www.rahrbrewing.com & www.facebook.com/rahrbrewing.