PITTSBURGH – Penn Brewery is gearing up to host the 17th annual Pennsylvania Microbrewers’ Fest on Saturday, June 1. More than 25 craft breweries will be sampling their beers to a crowd of over 1500 guests.

“Microbrewers’ Fest is a time-honored tradition here,” said Sandra Cindrich, Penn’s CEO. “Guests always enjoy telling us about the collections of the sampling glasses they’ve saved, stamped with the year of each successive Microbrewers’ Fest.”

Guests will have the chance to sample dozens of different beers and meet the brewers who make them. A partial list of participating breweries includes:

In addition to beer, the Fest will feature a food tent with Penn favorites including pulled pork sandwiches, grilled sausages, and hot German potato salad.

Two separate sessions will be held: 1-4 pm and 6-9 pm. Tickets are for sale online at the Penn Brewery Shop. Cost is $40 apiece in April and $45 in May and at the door. Price includes one meal (sandwich, side, and dessert), all beer samples, a souvenir beer glass, and live entertainment. Guests must be 21 or older, and infants and strollers are prohibited. The event will be held rain or shine.

A portion of the proceeds from the Fest benefits the Community Alliance of Spring Garden/East Deutschtown and Make-A-Wish┬«. 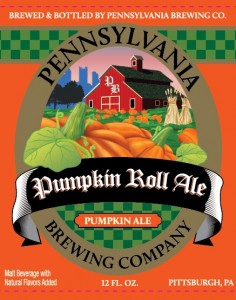 On the heels of our successful winter seasonal, Penn Nut Roll Ale, Penn Brewery is preparing to launch Penn Pumpkin Roll Ale slated to ship in July 2013. This deep orange-colored ale is made with real pumpkin puree and overflows with the rich flavors and fragrances of nutmeg, cinnamon, allspice, and ginger. Lactose sugar also lends creaminess to this flavorful beer, echoing the fluffy filling of its popular namesake pastry.

Penn Brewery, opened in 1986, is Pittsburgh’s oldest and largest brewery. It specializes in award-winning German-style craft beers sold in Pennsylvania, New York, Massachusetts, Ohio, Georgia, Maryland,Virginia, and Florida. The Brewery is located in Deutschtown on Pittsburgh’s North Side, in the mid nineteenth-century landmark E&O Brewery Building.

City Brewing Company Not for Sale, CEO Says in Response to R...