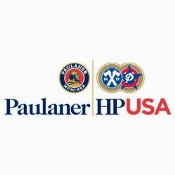 LITTLETON, Colo. — The chance to order the Limited Edition Oktoberfest Variety Pack from Paulaner has come and gone this summer. The 15-bottle sampler pack will be released at the end of July, but pre-orders for the pack cleared out inventory before production even began.

This is the first year Paulaner has released a party pack in celebration of Oktoberfest. The target price to consumers will be around $19.99, but will vary depending on the location. The 15 bottles include three Paulaner brews: Okotberfest Wiesn, Oktoberfest M├ñrzen, and Hefe-Weizen-Natural Wheat.

“We were thrilled to see how well our first party pack was received,” said Catherine Parenteau, the U.S. brand manager for Paulaner. “Distributors responded enthusiastically to the product and we sold out much faster than we anticipated.”

The three beer choices in the sampler pack provide beer lovers with a variety of flavours. The Oktoberfest Wiesn is a golden-lager that was first brewed and sold exclusively at the Oktoberfest grounds. The Oktoberfest M├ñrzen is a golden, bottom-fermented, Bavarian beer with a mildly bitter taste that is also a specialty beer for fall celebrations in Munich. The Hefe-Weizen is a wheat, unfiltered beer that is naturally cloudy and refreshing, providing the perfect beer for the warm summer months.

If you didn’t get the variety pack in time there is still a chance to experience a traditional taste of Bavaria this summer. The Limited Edition Oktoberfest Wiesn comes out a month early in July in six-packs of single serve bottles. The six-pack you have been waiting for will join the rest of the Paulaner line-up in the refrigerated section of liquor stores while supplies last. But don’t wait; pre-order it today before it sells out too.