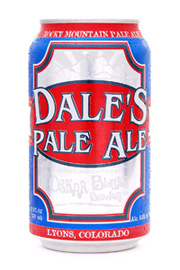 Fresh off a year of 50 percent revenue growth, the addition of a second brewing facility in North Carolina and successful rollouts in four new markets, Oskar Blues announced yesterday that it will again expand distribution, adding Michigan as the company’s 31st state.

Oskar Blues will launch in the Great Lakes state on March 4 with its core draft and package offerings like Dale’s Pale Ale and Mama’s Little Yella Pils, among others. The brewery has signed with four wholesale partners: West Side Beer Distributing, Great Lakes Beverage, Powers Distributing and Imperial Beverage.

Oskar Blues spokesman Chad Melis told Brewbound.com that the launch strategy will be similar to last year’s successful rollouts in Chicago and Ohio.

“It’s about knowing where craft beer is sold, going after those individual accounts and trying to fill in those points of distribution,” he said. “Distribution of our core beers in the off-premise will be a major focus.”

The first shipment of beers will originate from the company’s facility in Longmont, Colo.. Oskar Blues will support the rollout with a series of launch events and distributor visits, Melis said.

“We take some of our employees and ride along with our new wholesale partners to reinforce the Oskar Blues story and marketing behind the brand,” he said.

Michigan is the first in a handful of new markets that Oskar Blues plans to expand its distribution to throughout 2013. Melis said the company is also considering the addition of a permanent company representative to help support sales efforts in the state.

“When you spend all that energy getting into a new market, you have to have someone there to follow-up,” he said. “You don’t want the initial placements and buzz to drop off. You want it to be a consistent, quality market.”