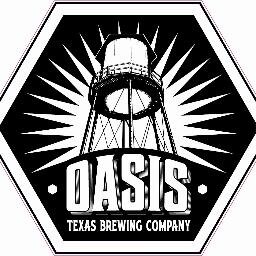 Austin, TX – Oasis Texas Brewing Company participated in the Great American Beer Festival this past weekend winning the gold medal for their English-style Best Bitter, London Homesick Ale. The gold is the highest honor that can be bestowed upon a beer. The medal comes a mere five months after the brewery began production.

Oasis Texas Brewing Company’s Brew Master, Spencer Tielkemeier has been brewing beer for over five years having competed many times before on winning teams. However, this is Tielkemeier’s first win as the head brewer.

“We’re over the moon. We’d have been happy with any medal, but it makes it so much sweeter that it’s gold. Of all our beers this is the one we’ve worked the hardest to perfect. I’m so proud of our team and our state,” says Tielkemeier.

The Great American Beer Festival (GABF) is the premier U.S. beer festival and competition and represents the largest collection of U.S. beer ever served in a public tasting event and private competition. This year over 5,500 beers were entered from over 700 U.S. breweries in 90 categories.

Oasis Texas Brewing Company is a state-of-the-art brewing facility in the heart of the Hill Country with indoor and outdoor event space and an outdoor taproom that overlooks Lake Travis. Opened in 2013 by Austin’s own Spencer Tielkmeier and a team of experienced brewers, the brewery is committed to serving fresh, flavorful session beers for savvy consumers.