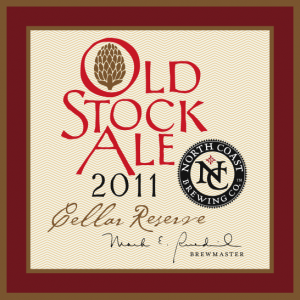 Fort Bragg, CA — Old Stock Ale 2011 Cellar Reserve is a small batch, limited release that has been aged in brandy barrels. The aging process gives this world-class beer added layers of complexity and flavor. This is the third in a series of the Old Stock Ale Cellar Reserves. Previous offerings were vintage 2005 and 2009, released in 2007 and 2011 respectively.

Bottled in a 500 ml bottle with a cork and wire finish, it is a memorable drink that should be enjoyed as a unique offering.