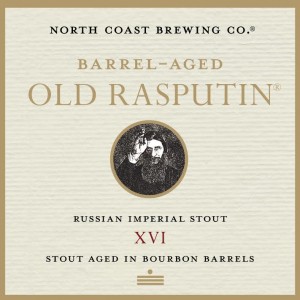 Le Merle Belgian Style Farmhouse Ale is now available in a 4-Pack carrier. The same 2012 Brussels Beer Challenge Gold Medal Winning Saison found in 375 ml and 750 ml bottles is now also in 12 oz. bottles. By late-February the Le Merle 4-Packs will be in wide distribution. Originally released in 2007, Le Merle has an ABV of 7.9%

First brewed in 2000, North Coast’s 2014 Old Stock Ale is akin to a fine port, intended to be laid down for years. Designed to round out and mellow, the rich flavors become even softer and more seductive as the ale ages. Connoisseurs age bottles from each year’s release and occasionally treat themselves to a vertical tasting such as the one described in the following Smithsonian article http://www.northcoastbrewing.com/blog/old-stock-smithsonian/. With an ABV of 11.8%, Old Stock is brewed with English Maris Otter malt and Fuggles and East Kent Goldings hops.

Craft beer enthusiasts have been waiting impatiently for the release of two of North Coast’s signature brews, Barrel Aged Old Rasputin Russian Imperial Stout XVI and the 2011 Cellar Reserve Old Stock Ale. Aging the Old Rasputin in bourbon barrels and the Old Stock in brandy barrels adds layers of complexity, richness and flavor to these intense but well-balanced beers. After nine months of aging, the Old Rasputin ABV is 11.3%; after 18 months in the oak barrels, the Old Stock has as ABV of 15.2%. Both of these beers, made in small batches and in limited but wide distribution, are meant to be sipped and savored.