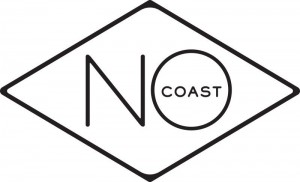 NoCoast doesn’t brew typical beer, and that beer doesn’t come in typical cans. While the NoCoast brand itself is simple and iconic, each beer can design tells a different story. These stories help to illustrate the brand’s values through dynamic art and witty prose.

The brand will release further details and information about each beer on their website and social media. Visit www.nocoastbeer.co and follow NoCoast for the latest updates:

Remaining true to its forward-thinking roots, NoCoast also surprised many last week by presenting its product in cans as opposed to bottles. The 16oz cans will be sold in packs of 4. Why cans? “Industry-wide we’ve seen a shift in recent years from bottles to cans. Cans are actually better at keeping the beer fresher for longer,” says NoCoast Head Brewer, Chuck Crabtree.

Inspired by the no-nonsense spirit of the Midwest, NoCoast crafts good beer, PLAINS SIMPLE®. The brand calls on the legions of like-minded beer lovers from the plains and beyond. The NoCoast microbrewery is headquartered in Oskaloosa, Iowa, and houses brewing and mobile canning operations. A taproom is set to open later this winter.