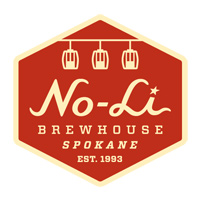 SPOKANE, WA – No-Li Brewery is headed across the country this June to share “Spokane Style” beer in New York City at SAVOR, the premier beer and food pairing event in the U.S. No-Li will be one of 76 independent craft breweries from across the nation to pour two of its beers, paired with appetizers, to craft beer aficionados and foodies on June 14 and 15.

No-Li Brewhouse provides “Spokane-Style” beer, a federally recognized beer style classification for beer that is made in Spokane, Wash. by local residents. Each brew is made exclusively with ingredients from the region. No-Li Brewery will be one of three Washington breweries at SAVOR and the only brewery that brews “Spokane Style.”

The passion and innovation behind “Spokane Style” started in 1886 when Rudolph Gorkow moved from New York to Spokane to start the New York Brewery. Now, 127 years later, “Spokane-Style” is federally recognized as an American Beer Classification.

“No-Li Brewhouse returns the favor to New York City this June, after 127 years, by bringing ‘Spokane-Style’ ale across the country in a triumphant return to the city that inspired many,” said Mark Irvn, co-founder and brew master of No-Li Brewery.

At SAVOR, No-Li will pour the Jet Star Imperial IPA and the Wrecking Ball Imperial Stout for guests to enjoy. Appetizers designed to accompany these beers were created by Brewers Association culinary consultant Adam Dulye, Chef/Owner of The Monk’s Kettle and James Beard Award-semifinalist Abbot’s Cellar in San Francisco, and a select group of chefs specializing in beer and food pairings.

No-Li’s Jet Star Imperial IPA will pair with a shortbread biscuit with Stilton cheese and pear. The shortbread helps the malt in the IPA come through while the pear enhances the hoppy taste. No-Li’s Wrecking Ball Imperial Stout will pair with grapes wrapped in goat cheese and pistachio. The goat cheese helps calm the intensity of the stout as the grape sweetens with the alcohol. The pistachio brings out the malt taste, rounding out the palate.

SAVOR makes its debut in New York City after six years in Washington, D.C. Guests will enjoy a reception-style sampling of sweet and savory appetizers paired with craft beers. They will also have the opportunity to converse with the brewery owners, brewers and representatives who will be personally serving their beer. SAVOR takes place at the Altman Building and adjoining Metropolitan Pavilion in Manhattan.

Visit the SAVOR website for more information on the event, including full menu and brewery list. Tickets to SAVOR are available via Ticketmaster.