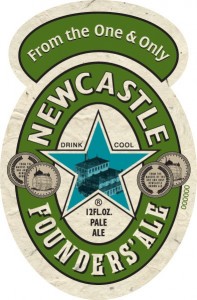 “Colonel Porter took three years to perfect the original Newcastle Brown Ale recipe we still use today,” said Charles van Es, brand director Newcastle Brown Ale. “That commitment to perfection deserves recognition, and that is why a mere 85 years later we developed a brew in his honor. Newcastle Founders’ Ale is pale, dry and English — much like Porter — and we couldn’t think of a better way to honor his legacy than with this Limited Edition beer.”

Offering a balance of dry hoppy flavors and roasted caramel aromas, Founders’ Ale has an alcohol by volume (ABV) of 4.8 percent with 26 International Bittering Units (IBUs).

City Brewing Company Not for Sale, CEO Says in Response to R...