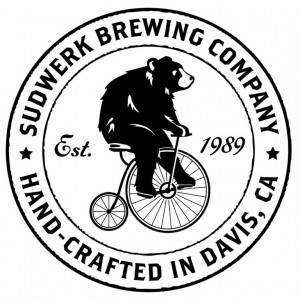 DAVIS, CA — Building on two decades of family legacy, Sudwerk Brewery’s next generation is adding innovation to its beer and solidifying its brand as California’s finest craft lager brewery.

Fry and Yackzan, both 28, see a niche in the market for a brew that appeals to both hop lovers and mainstream beer drinkers. To achieve this, Sudwerk created a new style by adding West Coast hops to its Munich Helles Lager, renaming it the California Dry-Hop Lager.

“It has the hop aroma of an IPA mixed with the refreshment of a lager,” Fry said.

On tap, Sudwerk is raising the bar by brewing small-batch, experimental beers, showcasing them four days a week at its taproom, The Dock Store. The informal, family-friendly gathering place serves beer fresh by the pint or to take home in 64-ounce glass growlers. The entrance is through a roll-up metal door next to the restaurant, which has been under separate ownership since 2006.

In the months to come, Sudwerk will release a variety of new craft lagers, distributing them statewide. First up will be limited-release experimental West Coast lagers in 22-ounce bottles, slated to reach stores next week.

“My grandpa Dean and Ron pioneered a craft beer revolution 25 years ago,” Yackzan said. “We’re here to carry on the legacy and make it our own.”