BOULDER, Colo. — New Belgium Brewing co-founder and CEO Kim Jordan has been tapped as the keynote speaker for the Brewers Association’s 2013 Craft Brewers Conference (CBC). The industry’s largest gathering—bringing together some 6,000 brewing professionals—CBC will be held in Washington, D.C. from March 26-29. 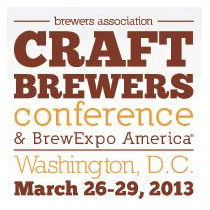 Jordan presented the keynote at CBC in New Orleans in 2003, where she famously called for craft brewers to aspire to reach 10 percent of all U.S. beers sales. A decade later, Jordan will reprise her role to present an overview of the industry, how far small and independent craft brewers have come, her vision for the future of the craft brewing community and how her forecast fared. In 2011, the latest full year for which the Brewers Association has published data, craft brewing sales share was at 9.1% by dollars and 5.7% by volume, increasing more than half a point per year since 2003.

“The beer industry has changed significantly over the course of the last several years. Relationships among small brewers, large brewers, distributors, retailers and beer drinkers continue to evolve,” said Paul Gatza, director, Brewers Association. “Kim is a visionary and true leader in the beer community. Her insight, enthusiasm and vigor will be a welcomed inspiration as small and independent brewers gather together for a discussion on how to navigate the ever-evolving and thriving industry. We are pleased to have her back to the CBC stage.” 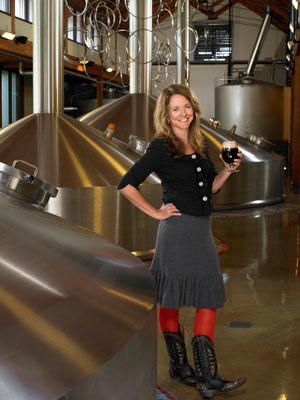 Jordan has cultivated her passion for social work, the environment and community to create one of the most successful and respected craft breweries in America. Under Jordan’s leadership, New Belgium has grown to the third largest craft brewery in the country. She negotiated New Belgium’s transition to wind-powered electricity and has overseen the implementation of Colorado’s largest private solar array at the Fort Collins facility. Leveraging her expertise as a leader in sustainability, Jordan will also outline the key role craft brewers have in changing the relationship between the craft brewing community and the planet.

“The timing for a conversation about sustainability could not be better, as the Brewers Association plans to release sustainability manuals relating to energy, solid waste and water at the conference,” added Gatza. “Sustainability issues are at the forefront of New Belgium’s decision process. No leader in beer can deliver the message of sustainability as eloquently and credibly as Kim.”

In addition to her role managing day-to-day sales, branding, and strategic and organizational development at New Belgium, Jordan serves on the boards of Colorado Governor John Hickenlooper’s Renewable Energy Authority, the Brewers Association and several Fort Collins community organizations. In her 20 years as an entrepreneur, Jordan has spoken to thousands of people in the business, nonprofit and academics worlds about how to create a vibrant and rewards work culture that enhances the bottom line.

About the Craft Brewers Conference

Presented by the Brewers Association, the Craft Brewers Conference (CBC) is the largest industry event. Thousands of brewing industry professionals from the across the country will gather from March 26 through March 29 at the Walter E. Washington Convention Center in Washington, D.C. for over 80 seminars focusing on topics including sustainability, sales, packaging and export development, along with daily receptions, brewery tours and hospitalities. CBC also includes BrewExpo America, the nation’s largest trade show for the craft brewing industry, featuring more than 400 of the top vendors in the industry. For more information, visit CraftBrewersConference.com.