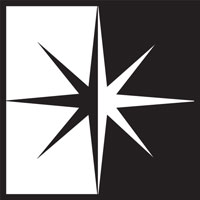 WASHINGTON – Two giant companies — Anheuser-Busch Inbev and MillerCoors — control more than 80 percent of the U.S. beer market. A few retailers, such as Costco, increasingly dominate beer and wine sales across entire regions, such as Washington state. This intense concentration of power threatens the ability of American communities to regulate the sale of alcohol and to reduce the variety and quality of beer in America’s marketplaces, according to a report released today by the New America Foundation’s Markets, Enterprise, and Resiliency Initiative.

The report explains how the “three-tiered system” of alcohol regulation was designed by lawmakers to preserve local control over the industry and to promote individual self control.The report also details how the giant international beer corporations and mega retailers are taking actions that threaten to upend a system designed with great care — at the end of Prohibition 80 years ago — to balance the interests of the consumer, the brewer and distiller, and the community.

The report documents how:

ÔÇó a sweeping series of mergers in the beer industry has shrunk the number of major breweries in the United States from 48 in 1980 to two today.

ÔÇó big brewers use their power to encourage consolidation among distributors, and to discourage these distributors from carrying competitors’ products.

Read the full report, “A King of Beer? Concentration of Power Over America’s Beer Market is Bad for Consumers. It Also Threatens Constitutional and Moral Balances.”