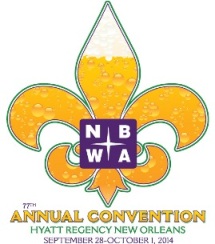 James Carville and Mary Matalin will give attendees an enlightening and entertaining look at today’s most important political issues, a behind-the-scenes look at Washington politics and a preview of what to expect from this year’s midterm elections.

James “The Ragin’ Cajun” Carville is America’s best-known political consultant. His long list of electoral successes evidences a knack for steering overlooked campaigns to unexpected landslide victories and for re-making political underdogs into upset winners. But his most prominent victory was in 1992 when he helped William Jefferson Clinton win the presidency. Today Carville is a Fox News contributor and can be seen on other networks worldwide. He is a columnist for The Hill newspaper and serves as a Professor of Practice at Tulane University in New Orleans.

Mary Matalin is one of the most celebrated and popular conservative voices in America. As an author, television and radio host, and widely sought after political contributor, pundit and public speaker, she is noted for her straightforward manner and insightful political repartee. Among her many roles and accomplishments, she has served under President Ronald Reagan, made her mark as George H.W. Bush’s campaign director and most recently as assistant to President George W. Bush, and as assistant and counselor to Vice President Dick Cheney.

Known as a Washington power couple, Carville and Matalin now live in New Orleans with their two daughters.

Former Navy SEAL Rob O’Neill is one of the most highly-decorated combat veterans of our time. He was a team leader with the Naval Special Warfare Development Group. He has deployed more than a dozen times, and he held combat leadership roles in more than 400 combat missions in four different theaters of war. A highly-trained Navy SEAL, he led the military’s most elite and was involved in our nation’s most important campaigns. With most of his career shrouded in a classified cloak, O’Neill was the man on the ground we have never heard of but know exists. He was one of the quiet professionals performing the most difficult tasks in the most difficult circumstances, serving his remarkable career in the shadows and keeping America safe in the process.

In O’Neill’s line of work, instant, critical decision-making is an absolute necessity for success. Having trained more than 800 special operations and tactical operators, O’Neill will share his unique expertise and translate his elite SEAL team training into high-impact, actionable insights on leadership, decision-making, operating in uncertain environments and how to become the “best of the best.”

With more than 100 exhibitors, this year’s Product Demonstration Showcase offers the opportunity to learn about a wide variety of new services and products. Attendees can discover new resources to help improve business in a relaxed atmosphere, while enjoying a cold beer delivered by America’s beer distributors. Members of every sales and operations team will want to take full advantage of this event.

Registration is available online at www.nbwa.org. Hotel accommodations at the Hyatt Regency New Orleans can be made online, or by calling 1-888-421-1442. Reference the NBWA Annual Convention to obtain the special negotiated room rate ($240 plus taxes per night) when you reserve your room before September 3. Don’t delay. The NBWA guest room block can sell out prior to that date. Once the block is sold, rooms and rates cannot be guaranteed.

For more details, please visit the convention page of NBWA’s website at http://nbwa.org/convention. Follow#NBWANOLA on Twitter for additional updates.

The National Beer Wholesalers Association (NBWA) represents the interests of America’s 3,300 licensed, independent beer distributor operations in every state, congressional district and media market across the country. Beer distributors are committed to ensuring alcohol is provided safely and responsibly to consumers of legal drinking age through the three-tier, state-based system of alcohol regulation and distribution. To learn more about America’s beer distributors, visit www.AmericasBeerDistributors.com. For additional updates from NBWA, follow @NBWABeer on Twitter, watch NBWA videos on www.youtube.com/NBWABeer and visitwww.facebook.com/NBWABeer.