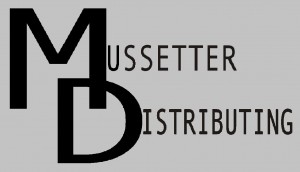 Auburn, CA — Mussetter Distributing’s 45 employees are celebrating the excitement that craft beer brings to the beer industry during American Craft Beer Week, May 12-18, 2014, a national celebration highlighting the culture and contributions of craft beer and craft breweries across the United States.

According to 2013 data released by the Brewers Association (BA), craft brewers experienced an 18 percent growth in volume and represent 7.8 percent of the U.S. beer market volume, which is up from 6.5 percent just a year earlier. According to the BA, small and independent American brewers sold approximately 15.6 million barrels of beer in 2013, and craft beer has averaged nearly 11 percent growth each year over the past decade. The BA also reported that there were 2,822 breweries operating in the U.S. in 2013, with 98 percent (2,768) being craft breweries. That number includes the more than 400 new breweries that opened for business in 2013 across the country.

According to recent year to date Nielson scan data, Sacramento Area Grocery Stores CRAFT BEER SHARE is now over 31% of total $ sales in the beer category, which now represents more sales $ than either MillerCoors and ABI (Budweiser)! American Craft beer is trending up over 3 share points vs. last year in Sacramento grocery.

“This is nothing short of amazing for the Sacramento Area,” says Jason Mussetter of Mussetter Distributing. When we started down the road of distributing “craft only” in late 2010, the market share for Craft in Sacramento was barely 17% of the total $ sales! It is amazing to think how far we come in such a short period of time, and I would especially like to celebrate AMERICAN CRAFT BEER WEEK with our employees, who I believe to have been a huge part of this transformation of CRAFT BEER in our market!

“We are proud to partner with over 25 craft breweries from across the United States to help them reach a wide network of retailers, such as bottle shops, grocery stores, bars, and restaurants,” says Johnny Walker, Sales Manager at Mussetter Distributing.

Jason Mussetter states, “As an independent beer distribution company, we are proud to invest in craft brewers and provide them with the infrastructure, personnel, and support they need to reach retailer shelves and bar taps, helping consumers access a wide selection of beer brands through an open distribution network.”

To celebrate the tremendous growth and success of America’s craft brewers, Mussetter Distributing has planned events and craft beer features at both grocery stores and on premise establishments. This provides a chance for the public to try something different this week, and also exposes them to new styles, flavors, and ultimately new craft breweries. They encourage everyone to step out of the comfort zone and try a new American Craft Beer this week!

Mussetter Distributing is a second generation, family owned and operated, Specialty Beverage Distributor who covers the Greater Sacramento and Lake Tahoe areas. They have been in business since 1976, and have thrived on customer service, a great portfolio of beverage brands, and being able to support jobs in their community. They continue to build their infrastructure, add jobs, and educate their employees and retailers alike on the great brands they represent.