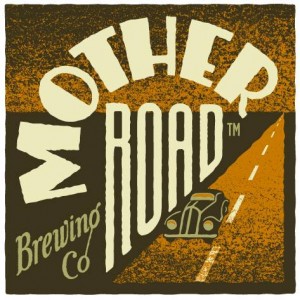 Flagstaff, AZ — MOTHER ROAD BREWING COMPANY is opening the Brew House on Monday, November 17, 2014 to celebrate their 3rd Anniversary. The public is welcome to come and participate in the brewing of their Anniversary beer – stir the Mash, add some hops, turn a valve. The recipe changes each year and this year’s iteration is set to be an Imperial Stout with loads of dark malt notes, roast, and espresso.

The brew day will be followed by a potlockin the Tap Room where guests are encouraged to come and celebrate with special beer tappings, including a keg of Second Anniversary, a Belgian Golden Strong Ale.

This year’s Anniversary bottles will be released in mid-December. 750 hand-signed wax-dipped bottles will be produced and will be available for purchase at the Tap Room.

MOTHER ROAD BREWING COMPANY is a Craft Brewery out of Flagstaff, AZ, and is located on the original alignment of Route 66. Founded in 2011 by husband and wife, Michael & Alissa Marquess, the English-style brewhouse focuses on making well-balanced hand-crafted ales on their 15bbl system including their gold-medal winning Roadside American Pale Ale and Lost Highway Black IPA. For more information on the beers they produce and Tap Room hours, please visit www.motherroadbeer.com