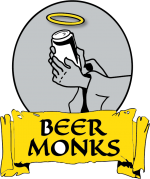 SIERRA MADRE, CA —— Combining a love of craft beers and concern for the environment, two local entrepreneurs recently launched a mobile beer-canning business that allows small-scale brewers to package and distribute their beverages in a way normally only available to much larger competitors.

Greg Kinne and Mike Nalick, co-owners of Sierra Madre-based Beer Monks Mobile Canning, said the company delivers and operates equipment on-site to produce as much as 1,800 gallons of canned beer a day. The canning machine fits on a box truck and can go anywhere a truck can — and the machine is small enough to fit through a standard door.

The service, part of a growing national trend in micro-canning, allows micro-brewers a convenient and cost-effective way to get their beers to market. And that has advantages for, both, brewers and consumers, Kinne said: “As a package for beer, cans are ideal in that they keep out all light, and all oxygen, both of which cause beer to degrade. Cans also weigh less than bottles, which makes them cheaper to ship — and offers savings in fuel cost, and a lower carbon footprint. They stack easier than bottles, and they are less likely to break. For craft beer enthusiasts, cans can be taken where glass bottles aren’t allowed.”

For small-scale breweries, canning has historically been cost-prohibitive, Kinne said. “For a small brewer who wants to produce 3,000 cans per run, once or twice a month, it doesn’t make a lot of sense to buy a canning machine, and order cans a truckload at a time. Our service allows us to deliver smaller quantities of cans and packaging materials — six packs and case trays — in a just-in-time fashion. There is no need for brewers to make a huge capital investment, or buy and store huge quantities of cans. With a mobile canning option, the barriers to canning become very low.”