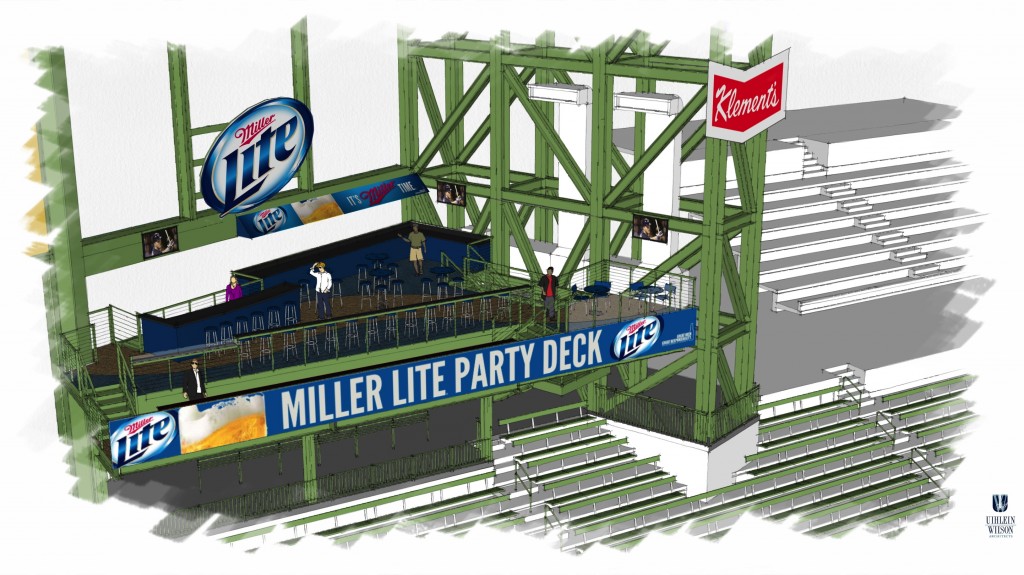 CHICAGO — MillerCoors and the Milwaukee Brewers today announced a multi-year sponsorship renewal that will keep Miller Lite as the team’s exclusive beer sponsor. Financial details and length of the renewal, which is separate from the stadium naming-rights agreement, were not released.

The brewery’s dedication to professional baseball in Milwaukee goes back almost 60 years to 1953, when Frederick C. Miller — the great grandson of the brewery’s founder — helped bring the Braves to the city. The partnership with the Brewers dates to 1970, the team’s first year in Milwaukee.

“The alliance with the Brewers is perfect for Miller Lite because you see Miller Time brought to life in so many ways with Brewers fans,” said Andy England, chief marketing officer at MillerCoors. “Whether it’s the crew gathered at the pre-game tailgate, celebrating a big play in Miller Park or toasting another victory at the bar, Brewers fans have a true passion for their team that’s a shared experience all season long.”

The highlight of the new deal is the creation of the new Miller Lite Party Deck, a 70-seat deck built above the Miller Park right field Loge Bleachers that will open at the start of the 2013 season.

The Party Deck will feature 1,400 square feet of entertaining space and will include a new fixed bar, buffet counter, flat panel televisions and two levels of seating. The area will be available for groups to reserve for Brewers home games, offering an all-inclusive food and beverage experience in addition to a unique and private setting for the game.

The renewed Miller Lite alliance with the Brewers also includes:

├ÿ In-stadium signage, as well as an advertising presence during all TV and radio broadcasts of Brewers games.

├ÿ MillerCoors will continue its fight against drunk driving by supporting the designated driver program at Miller Park, in partnership with the Brewers and Delaware North Company/Sport Service. Approximately 50,000 Brewers fans pledged to be designated drivers during the 2012 season. MillerCoors also will continue supporting TEAM Coalition training at Miller Park to support responsible sale of our beers by concessionaires and volunteers.

“The Milwaukee Brewers and MillerCoors partnership continues a relationship between two iconic heritage brands from our market,” said Brewers Chief Operating Officer Rick Schlesinger. “We have great appreciation for the support that MillerCoors has demonstrated to the Brewers over the years, and today’s announcement reaffirms that commitment. We look forward to the partnership’s new offerings, including the Miller Lite Party Deck, which will further enhance Miller Park as one of the best fan experiences in professional sports.”

Built on a foundation of great beer brands and nearly 300 years of brewing heritage, MillerCoors continues the commitment of its founders to brew the highest quality beers. MillerCoors is the second-largest beer company in the United States, capturing nearly 30 percent of beer sales in the U.S. and Puerto Rico. Led by two of the best-selling beers in the industry, MillerCoors has a broad portfolio of brands across every major industry segment. The portfolio is led by the company’s premium light brands: Coors Light, Miller Lite and Miller64. Coors Light, the World’s Most Refreshing Beer, offers consumers refreshment as cold as the Rockies. Miller Lite established the American light beer category in 1975, offering beer drinkers a light beer that tastes like beer should. Miller64 is 64 calories of crisp, light taste that complements a balanced lifestyle. MillerCoors brews premium beers Coors Banquet and Miller Genuine Draft, and economy brands Miller High Life and Keystone Light. Tenth and Blake Beer Company, the MillerCoors craft and import division, imports Peroni Nastro Azzurro, Pilsner Urquell and Grolsch, and features craft brews from the Jacob Leinenkugel Brewing Company, Blue Moon Brewing Company and the Blitz-Weinhard Brewing Company. MillerCoors operates eight major breweries in the U.S., as well as the Leinenkugel’s craft brewery in Chippewa Falls, Wisc., and two microbreweries, the Tenth Street Brewery in Milwaukee and the Blue Moon Brewing Company at Coors Field in Denver. The MillerCoors vision is to create the best beer company in America through great people changing the way America enjoys beer. MillerCoors builds its brands the right way through brewing quality, responsible marketing and sustainable environmental and community impact. MillerCoors is a joint venture of SABMiller plc and Molson Coors Brewing Company.