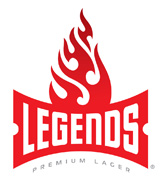 Mike Modano joins an existing group of regional Legends that will be featured on their containers for distribution within the Texas marketplace. Mike Modano is the all-time American-born points and goals leader and was the number one overall draft pick in 1988 by the Minnesota North Stars. Mike retired from the NHL in 2011 after a 21-year career, of which 16 were played for the Dallas Stars, and is a likely future Hall of Fame inductee.

Modano joins former Dallas Cowboy Legends Randy White and Tony Dorsett, as well as NHL Hall of Famer and former Star, Brett Hull. Mike will be in great company since the other two existing hockey players on the Legends bottle (Gordie Howe & Hull) represent two of the top three scoring leaders in the history of the league.

“I am extremely excited and proud to add Mike to our team in Texas and we are honored as a company to have yet another hockey Legend join our brand.” Said Jay Talley, President & Founder of Legends. He added, “Not only is Mike a Legend in sports, but he exemplifies greatness both on and off the ice and will be a tremendous brand ambassador for our company.”

“I couldn’t be happier about my partnership with Legends, and being included with the other iconic athletes represented by the Legends brand is a true honor,” said Modano, “And the beer is really good too!”

For more about the company: