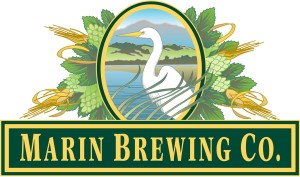 Marin Brewing Company’s 3 Flower IPA is a straw colored Rye IPA. The three flowers referred to in its title are: Citra, Cascade, and Chinook hops, which are cast into the brew liberally, and contribute a lovely citrusy, floral aroma that Marin Brewing Co. fans have been enjoying since February 2011. The 3 Flowers IPA is 6.5% ABV and received a Gold medal in the 2011 Great American Beer Festival, as well as a Silver medal in the 2012 World Beer Cup.

Founder Brendan Moylan commented, “Our 3 Flowers IPA has been a hit with our customers ever since our Brewmaster, Arne Johnson, came up with it. We are excited to be able to share this beer with the world and allow our fans to take it home with them by the bottle. This beer is just too good to keep to ourselves and we know the greater craft beer community is going to love it as much as we do.”