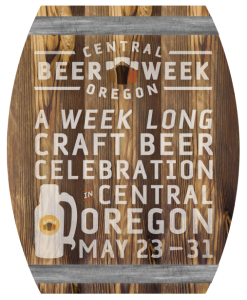 Bend, OR— Central Oregon Beer Week (COBW) is just around the corner and all main events are now set.

The festivities continue thru the weekend with Mt. Bachelor’s 4th annual BrewSki Beer Festival (21+) and the Deschutes Brewery Springtacular Concert Series May 24th and 25th, featuring live music, food, and beer from local breweries. Saturday May 24th will feature the first BrewSki Keg Jam (all ages), and Sunday May 24th will feature the National Pond Skimming Championships! The BrewSki Beer Festival will be the only 21+ ticketed event for the weekend, all other events are free to attend, but may require registration. Visit centraloregonbeerweek.com/events_tags/brew-ski/ for more information.

On Monday May 26th Silver Moon Brewing will break in their new stage with live music, showcase beer-tography from the Bend Brew Daddy, and have beer based ice creams from Addy Mac’s. Visit centraloregonbeerweek.com/ai1ec_event/silver-moon-brewing-monday/ for more details.

Tuesday May 27th will feature a Spicy Wing Eating contest at Bend’s pub with the largest tap list, the Pour House Grill.

Head to the 10 Barrel Pub to try the beer first at the only place it will be pouring and drink with the collaborators.

Friday evening May 30th Deschutes Brewery brings Naughty Pierre back to Bend for Beer-Lesque: Tastings and Tassels. Five beers will take on personalities during the show, and a special “guest” beer will also make an appearance for sampling during intermission. This will be a 21+ ticketed event. Visit centraloregonbeerweek.com/ai1ec_event/deschutes-brewerys-beer-lesque-tastings-tassels/ for ticket pricing and location.

The week culminates on Saturday, May 31st with the 2nd annual Sunriver Brewfest, and will once again be hosted by Sunriver Resort. The Brewfest will be located at Sunriver Resorts Besson Commons and will feature local and regional breweries including Bend Brewing Co, Gilgamesh Brewing, Goodlife Brewing, Pelican Brewing, Sunriver Brewing, Worthy Brewing, and more. In addition to beer, Atlas Cider will also be attending. Tickets and lodging packages are available online. For more information visit centraloregonbeerweek.com/ai1ec_event/sunriver-brewfest/

Also new this year is the Official Central Oregon Beer Week Untappd “Badge” which will be able to be “unlocked” at specific sponsor locations throughout Central Oregon. For a full list of sponsors, participating breweries, events, and locations, visit CentralOregonBeerWeek.com.