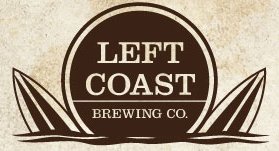 San Clemente, CA — Left Coast Brewing Co. has been around for 10 years, brewing up delicious craft beer in the beautiful beach town of San Clemente, located in south Orange County. After the release of their first barrel aged beer this past fall, the brewery has decided to move forward with a brewery club which will offer members exclusive privileges to get their hands on the bottles before they sell them to the public at their Tasting Room.

Their Barrel-Aged Voo Doo Stout was aged for 9 months in Bourbon and Rye Whiskey barrels and was privy to rave reviews. On Oct. 6, 2014, the brewery plans to provide their members with priority access to two barrel aged beers, including Barrel-Aged Ale Epeteios, their 2014 Great American Beer Festival gold medal brew, and a Barrel-Aged Scottish.

The club will have quarterly offerings and the membership will include 2 barrel aged style beers, along with their current seasonal brew. Additional membership benefits will include: Tasting Room discounts, merchandise discounts and growler deals. Additionally, any member who chooses to pay for a year up front will receive a shirt and brewery tour/tasting with Master Brewer, Randal Dilibero.