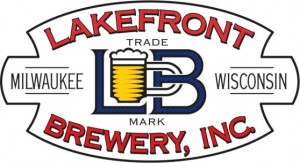 The $1.2 million project will expand the warehouse by 6,874 square feet. The expansion, which is being partially financed with a loan from the Milwaukee Economic Development Corp., will lead to the creation of 10 full-time and 20 part-time jobs within the next two years. A groundbreaking ceremony featuring Mayor Tom Barrett is scheduled for 2 p.m. Wednesday, Aug. 13.

“The demand for craft beer shows no signs of slowing, and we need the additional warehouse space,” said Klisch. “It’s great that the city has been such a great partner and that the expansion can take place in the Harambee/Riverwest area, where we began this business and where jobs are needed.”

Klisch and his brother Jim started the Lakefront operation in a former bakery in Riverwest in 1987. They moved to their current location at 1872 N. Commerce St., in 1998. In addition to brewery tours, the company also operates a fish fry and restaurant on the weekends at the Commerce St. facility.

Craft Development LLC is consulting on the Lakefront Brewery warehouse expansion, while MSI General is doing the design and construction work.