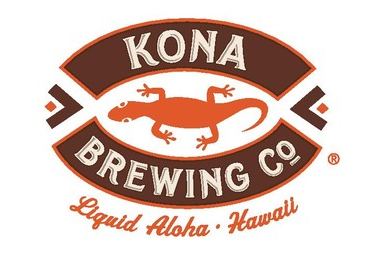 Kailua-Kona, Big Island of Hawaii — Now in only its second year on the mainland, Kona Brewing Company’s Big Wave Golden Ale has once again been decorated with a medal at the 2014 U.S. Open Beer Championship held in Atlanta, GA this past weekend. Judges at the competition blind sampled more than 3,000 beers in 81 different categories, with Big Wave Golden Ale emerging as the bronze medal winner in the Sessions Beer category. At 4.4% ABV, Big Wave Golden Ale is truly light, crisp and sessionable and this award marks the fourth time Kona has medaled at the U.S. Open Beer Championship. Last year, the Hawaiian brewer was awarded a gold medal for Big Wave, and two bronze medals in 2009 for its Longboard Island Lager and Fire Rock Pale Ale in the American Lager/Pilsener and the Pale Ale categories.

“Having spent close to three decades brewing, the U.S. Open Beer Championship has always been a lofty goal for me, but I am psyched to see the team at Kona accomplish this again in my first few months here in Hawaii,” said Brewmaster Billy Smith. “I’m proud of the balance our brewers have achieved with Big Wave’s bright hoppy flavor and aroma, and its sessionability is undeniable. You see friends and family here in Hawaii enjoying Big Wave at our pubs, and this brew is a perfect chiller on a hot summer day.”

Big Wave Golden Ale is a standout in the emerging field of session beers that achieve high drinkability balanced with lower alcohol content so that multiple beers may be enjoyed over a session. Available in 40 states across the US on draught and in stores, beer lovers can find the nearest bar or store by going to konabrewingco.com and clicking on the beerfinder link.