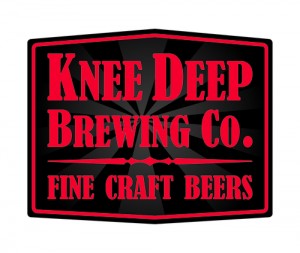 Auburn, CA — Knee Deep Brewing Company of Auburn, CA. is now on it’s way to Long Island. We are pleased to announce that Knee Deep beers are now in transit to Clare Rose in E. Yaphank, NY. Clare Rose will distribute Knee Deep Beers throughout Long Island. The addition of Clare Rose to our distribution network not only makes our beer available to Long Island craft lovers, but also finalizes our expansion in New York state, said Jerry Moore, CEO of Knee Deep. Our goal is to establish partnerships with professional, high quality distributors and we feel we’ve certainly accomplished that with Clare Rose, said Moore.

Knee Deep has mastered the art of the IPA since 2010, in every way imaginable. We were fortunate to have met Jerry and Jeremy in San Diego (CBC 2012), “ said Sean Rose, CEO and President of Clare Rose Inc. “We were enamored with Jeremy’s ability to showcase hops and hide alcohol in beers like Simtra and HoptologistÔÇª it was unlike anything we’ve ever tasted before.

Finally, two years later, we could not be more excited to partner with the great folks at Knee Deep, to bring their arsenal of highly sought after West Coast IPA’s to Long Island.

We expect that Knee Deep’s range of styles will appeal to a large audience of drinkers, although hop lovers will be particularly fond of their beers, if they haven’t gotten to try them yet.”

Knee Deep Brewing Company began the relocation from Lincoln to Auburn in late 2013 and brewed the first Auburn beer in January 2014. Knee Deep anxiously anticipates the delivery of several 120 BBL tanks in early September as demand and production continue to grow. Knee Deep currently produces 11 different beers on a regular basis, but is most commonly know for multiple awards winners Hoptologist DIPA and Simtra Triple IPA.