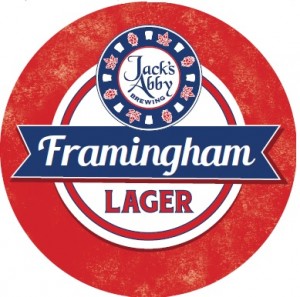 “We’ve been honored and humbled by the tremendous support the community has shown us over the past three years. We feel that the best way to give back to the community is to invest in it,” said Jack Hendler, who founded the brewery with his younger brothers Eric and Sam. “We wanted to brew something that everyone could enjoy. Framingham Lager is a traditional American pale lager, but brewed without any of the adjuncts common to the style.”

Framingham Downtown Renaissance, Inc. (FDR) is a 501c3 nonprofit corporation committed to facilitating the development of Downtown Framingham as a vibrant blend of commercial and residential mixed-use. The organization’s primary focus is to recruit public and private partnerships and investment, in order to generate jobs and income, increase community connections and support good design at a location that is highly visible and critically important to the MetroWest region.