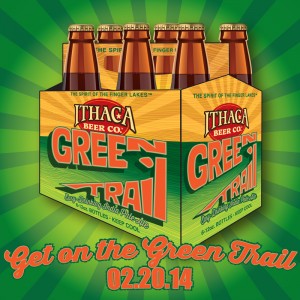 “What is Green Trail?” one might ask. For founder, Dan Mitchell, Green Trail is a mindset. “It’s about blazing a path that sets you apart from the norm, or that way of thinking out of the ordinary. It’s on that green trail, you often, grow, discover, experience and hopefully improve your surroundings just a little bit…we’re on the Green Trail around here (at Ithaca Beer), are you?”