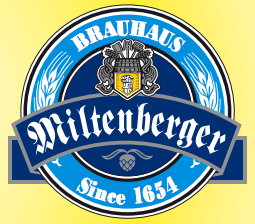 MELVILLE, N.Y. — BRAUHAUS MILTENBERGER is one of the most award-winning craft breweries in Germany. Its long list of accolades include gold medals for its barrel-aged Eisbock at both the 2012 World Beer Cup and the 2012 European Beer Star, as well as European Beer Star medals for its Dunkelweizen (gold in 2008), Festbier (silver in 2009; bronze in 2006), and Helles Hefe-Weizen (bronze in 2009).
Founded some 360 years ago, Brauhaus Miltenberger is located in the heart of Miltenberg, a charming town on the banks of the River Main, a tributary of the Rhine. First mentioned in a document in 1237, Miltenberg is nestled between two German fairytale forest regions, the Spessart and the Odenwald, where the Brothers Grimm’s fabled and mischievous Rumpelstiltskin once stalked. Although its roots are in the High Middle Ages, Miltenberg is now open to the world, with its easy access to cosmopolitan Frankfurt about 80 km (50 miles) to the northwest.

Brauhaus Miltenberger is housed in an original medieval halftimbered building on the town’s cobblestoned Main Street. The brewery backs up against a steep cliff, which casts a deep shadow over the brewery in the afternoon, even on the brightest day. This is why the section of town around the brewery is called the Schwarzviertel (“black block”). The brewery was acquired in 1875, by Johann Adalbert Faust, a cooper and brewer, and has remained in the Faust family ever since. Today, it is owned by two fourth-generation cousins, brewmaster Cornelius Faust and manager Johannes Faust, who have been in charge of operations since the early 1990s.

Iron Horse Beverage is the US Importer for Miltenberger brews which to be introduced in a Bavarian Beer variety pack of 5 Dopplebock, 5 Hefe Weiss and 5 Dunkel Weiss swingtop bottles. East Coast distribution is planned for 4th Qtr of 2013 with Midwest introduction 1st Qtr 2014.
Suggested retails to consumers will range from $2.99 – $3.49 for 500 ml swingtop bottles and a VERY limited speciality styles at $39 per 750 ml swingtop bottles on limited distribution basis.