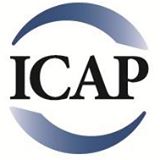 Washington, D.C. — Today the International Center for Alcohol Policies (ICAP) and the Global Alcohol Producers Group (GAPG) announced that Ann Keeling will serve as CEO of the new organization established as a result of the ICAP-GAPG merger.

In addition, today it was announced that the new organization’s name will be the International Alliance for Responsible Drinking (IARD). IARD will work to help reduce harmful drinking and promote responsible drinking through research, programs, and balanced debate around the world.

Also central to IARD’s mission will be supporting and accelerating implementation of the Beer, Wine and Spirits Producers’ Commitments to Reduce Harmful Drinking (www.producerscommitments.org). The organization will promote effective policies and programs, as well as contribute to an informed debate by providing balanced and evidence-based science.

Ann Keeling is currently serving as United Nations Population Fund (UNFPA) Representative Pakistan. Her 30-year career includes deep experience with social development and non-communicable diseases in national and international agencies, and NGOs. Keeling previously served as Chief Executive Officer of the International Diabetes Federation, and is Founding Chair of the NCD (Non-Communicable Diseases) Alliance, where she successfully led a campaign for a UN High Level Summit on NCDs. Keeling’s first day as CEO will be January 1, 2015.

“Ann will bring to IARD a strong track record in working to solve complex challenges in both developed and developing nations around the world,” said Rick Wilson, IARD Chairman and Senior Vice President, External Affairs & Corporate Responsibility, Bacardi-Martini, Inc. “Under Ann’s leadership, IARD will continue to build on last year’s Commitments launch, enabling member beer, wine, and spirits producers to make even more rapid, focused progress in promoting the responsible use of our products.”

“Harmful drinking is a serious global public health issue. We need new thinking and urgent action to identify effective solutions and save lives. The world’s governments have committed to targets on reducing harmful drinking and agreed to involve all sections of society in achieving those targets,” said Keeling. “Public, private, and non-governmental sectors must all be part of the solution. I look forward to leading IARD as a new alliance dedicated to reducing harmful drinking, and am optimistic IARD will make a positive difference.”

The formation of IARD is an extension of member companies’ work over the last two decades to build the evidence base, inform decision-makers, and advance hands-on programs to reduce harmful drinking. The organization will:

Member companies announced in April 2014 their plan to merge ICAP and GAPG into a new single global organization. IARD headquarters will be in Washington, D.C., where ICAP’s headquarters have been located since its founding in 1995.

The International Center for Alcohol Policies (ICAP) and the Global Alcohol Producers Group (GAPG) have merged to form the International Alliance for Responsible Drinking (IARD). Continuing and expanding ICAP’s work, IARD will support implementation of the Beer, Wine and Spirits Producers’ Commitments to Reduce Harmful Drinking (www.producerscommitments.org), promote understanding of the positive role of alcohol in society, and contribute to an informed debate by providing balanced and evidence-based science.