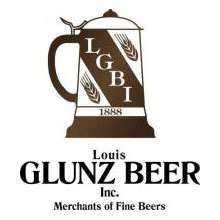 LINCOLNWOOD, IL — Louis Glunz Beer Inc., which carries the largest selection of craft and specialty imports in the Chicagoland area is celebrating a successful 2012. The 124-year-old company saw its most profitable year of business to date and was named “Distributor of the Year” by Beverage World magazine. The infographic (inset: right) shows just how exceptional 2012 was for the Glunz family business. From beer and cider to distilleries and meaderies, Louis Glunz Beer, Inc. sold 43.2 million projected cans and bottles in 2012.

“We had an exceptional year that saw new breweries, new beers, and new team members,” says Janet Bischoff, CFO of Louis Glunz Beer, Inc. “We’re excited to grow even more in 2013, and are expected to grow 16.2% in volume. We’re thrilled to continue to successfully support and promote craft, specialty, and import beers in Chicagoland.”

Along with business growth, the Glunz team grew as well. Jerry Beaudion joined the team as a new off-premise manager after over 20 years in the beer industry. Lincoln Anderson also joined the team as a craft & specialty brands manager with over 10 years of experience in the industry as well as 4 years of experience at Three Floyd’s Brewery. The team not only added new hires, it added new products. Michigan-based microbrewery Saugatuck Brewing Company joined the distributor’s growing list of breweries. Louis Glunz Beer, Inc. was also honored to introduce the Stiegl Grapefruit Radler, a drink blending Stiegl’s signature Goldbrau lager and soda prepared with real grapefruit juice.

In the spirit of beer education, the Glunz team was excited to get out to dinner with consumers to try the many craft brews they offer Chicago. Louis Glunz Beer, Inc. teamed up with Kama Indian Bistro for an Indian fusion dinner paired with perfectly tailored brews. The team also participated in several beer dinners with their brewery partners to educate consumers. Along with educating consumers, Louis Glunz Beer, Inc. encourages its employees to learn about brewing with their employee homebrew competition.

Looking forward to 2013, Louis Glunz Beers, Inc. is thrilled to be entering their landmark 125th anniversary year with new breweries in their portfolio, record-high craft beer sales, and a talented leadership team to continue to grow the company.

Founded in 1888 by Louis Glunz I in Chicago, Louis Glunz Beer, Inc. is among the oldest beer distributors in the United States and the recipient of the 2007 Craft Beer Distributor Achievement Award from the National Beer Wholesalers Association and the Brewers Association for promoting craft beer and making consumer choice a top priority. The 124-year-old company is family-owned and operated by President Jack Glunz, the grandson of Louis Glunz I, with day-to-day operations led by five of his seven children as members of the fourth generation and with members of the fifth generation also on staff. Louis Glunz Beer, Inc. features Chicago’s most extensive portfolio of craft, specialty, and import beers from over 50 suppliers representing 192 breweries worldwide, and is the premier distributor to restaurants, bars, liquor stores, and supermarkets in Chicagoland. The company is dedicated to quality service and to educating its customers and the public about beer tastes and trends. For product descriptions, food pairings, and a list of local retailers through a “Find it near me” ZIP code search, visit www.glunzbeers.com.