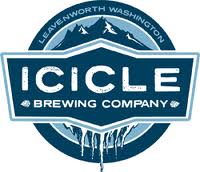 LEAVENWORTH, Wash. — In their short time as a production brewery, 20 months to be exact, Icicle Brewing Company has been turning out consistently quality craft beer.

Beyond their 5 flagships and rotating wheat series, head brewer Dean Priebe and brewer James Wiley have been brewing an assortment of top-notch seasonals. Two of this year’s winter seasonals, along with two flagships, placed in the top three at this years United States Beer Tasting Championship — Winter Competition.