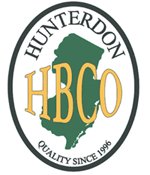 PHILLIPSBURG, N.J. — After years of continued success and unprecedented growth, Hunterdon is excited to announce the creation of four new sales management positions. Ray Burow, Drew Sewall, Sean Dwyer and John Matura have been promoted to the role of Area Sales Manager and will manage the Southern, Central, Northeast and Northwest New Jersey territories, respectively.

All four individuals have worked for Hunterdon for the past several years as sales representatives and have contributed greatly to the success of the company as well as the growth of craft beer in New Jersey. During their time, they have gained a solid understanding of the industry and a wealth of knowledge about craft beer. In 2012, each of them received their Cicerone Certification; a credential that will prove to be invaluable to their individual sales teams in the years ahead. Hunterdon consistently strives to maintain an educated sales force and is proud to have these four individuals representing their company.

“Ray, Drew, Sean and John have been very instrumental in establishing Hunterdon as New Jersey’s premier craft beer distributor. This promotion is well deserved and will allow them to have a leading role in Hunterdon’s future success,” states Company President Michael Short.

Founded in 1996, Hunterdon has raised the bar for craft beverage availability and selection in the state by providing the most diverse and sought-after portfolio the market has to offer. The company currently represents over seventy domestic craft brands, hundreds of imports and a unique line of micro-distilled spirits, sakes, ciders and meads. Hunterdon continues to focus on bringing quality products to the New Jersey consumer.