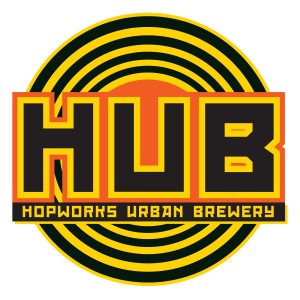 The National Organic Craft Beer Competition is organized by Seven Bridges Cooperative Brewing Supply, the only all-organic brew supply shop in the world. Seven Bridges is a CCOF certified production facility and carries only organic hops, malt, sugars, spices and green coffee from all over the world. The competition was held at ThirstyBear Brewing Company, San Francisco’s sole organic certified brewery and included certified organic beers from around the country.

“It’s awesome to see the increased production and awareness of organic beer. As more breweries produce beers that don’t contain GMOs and are free of chemical contamination we see that there’s a model here that is viable in the industry, said Hopworks Brewmaster/Founder Christian Ettinger.

In addition to being a Certified Organic brewery, Hopworks prides itself in building a more sustainable environment by building green through conserving materials and energy, having 100% carbon and water neutral operations, being renewably powered, and practicing a zero-waste initiatives that prevents waste and protects natural resources.

Brussels Beer Challenge is a professional beer competition that provides a unique opportunity for beer producers to compete with the best international and Belgian brewers. The competition, now in its third year, took place in the city of Leuven. The competition included 730 beers from around the world.

Founded in 2007, Hopworks Urban Brewery is committed to brewing world-class beer as sustainably as possible using organic malts and hops sourced primarily from the Northwest. HUB strives to revolutionize and inspire the brewing industry while protecting the environment and improving the communities we live in. The company’s sustainably operated 20-barrel brewery produces 12,500 barrels of beer a year for its two brewpubs and for distribution in Oregon, Washington, Idaho and British Columbia. Hopworks is 100% renewably powered and “cradle to gate” carbon and water neutral.