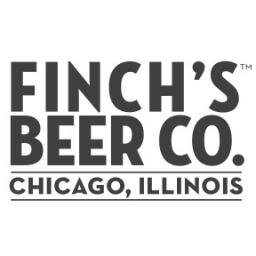 HIGHWOOD, IL — After an extremely successful kick-off year, the Highwood Craft Beer Festival is back! Highwood’s Craft Beer Festival, in collaboration with Chicago’s Finch’s Beer Co. & Two Brothers Brewing Co., will take place in Highwood’s Everts Park (130 Highwood Avenue) on Saturday, August 2nd from 11:30 am-4:30 pm. A perfect day for the growing craft beer connoisseur population throughout Chicago and the northern suburbs to taste and appreciate specialty beers from craft breweries both locally and abroad.

“Craft Beer Fest 2013 was such a success, there was no question we were going to make this an annual event in the great city of Highwood,” says Ted Widen, Craft Beer Fest Founder. “Last year, we brought in 1,100 people and are certain we’ll double that number in 2014.”

Highwood’s Craft Beer Festival will be donating a portion of its proceeds to Arts of Life, a Chicagoland non-profit arts studio for adults with and without disabilities. Arts of Life, Chicagoland’s most unique art studio, will be showcasing and selling art on-site throughout the day.

“This festival is going to be a unique opportunity to taste beers from breweries well know like Two Brothers, Lagunitas, and Bells as well as from so many of the new breweries. The craft beer community here is growing, and we’ve got breweries pouring beer that no one has even had yet, it’s going to be an exciting event and one that benefits a charity that is close to my heart.” says Ben Finch.

This event is strictly for those 21 years of age and older. Highwood advocates responsible drinking, and is aligned with Parents. The Anti-Drug to combat underage drinking in the community. Attendees are encouraged to designate a driver or take the Metra Train to the Highwood Metra stop located only ┬¢ block from Everts Park. For more information and to purchase tickets please visit: http://www.HighwoodCraftBeerFest.com.

The Highwood Craft Beer Festival is being produced in conjunction with the Highwood Chamber of Commerce’s Celebrate Highwood Series of Festivals and Events (http://www.CelebrateHighwood.com).

Since production began in June 2011, Finch’s Beer Co. has been committed to artfully brewing quality craft beer in Chicago. Highly regarded for using the best ingredients in an environmentally responsible setting, Finch’s is led by three core beers: Threadless IPA, Secret Stache Stout, and Fascist Pig Ale. These styles, as well as limited-edition specialties, and seasonal can offerings, add to an ever-growing list of unique beers.

From Chicago’s North Shore, Ted Widen launched Chicago-Scene.com in 1998 as one of the first social networking, events and entertainment sites in the country. Widen is known for his unparalleled event and production skill set, producing such events as the Chicago Scene New Year’s Eve Party hosted at the Historic Drake Hotel. The event is attended by over 2,500 people annually since 2000. Accolades include: Chicago Scene Magazine Publication started in 2001 that continues to reach Chicago’s A-List young professional 21-39 year old market in downtown area, The River North Craft Beer Pub Crawl and many more Craft Beer events in the future.