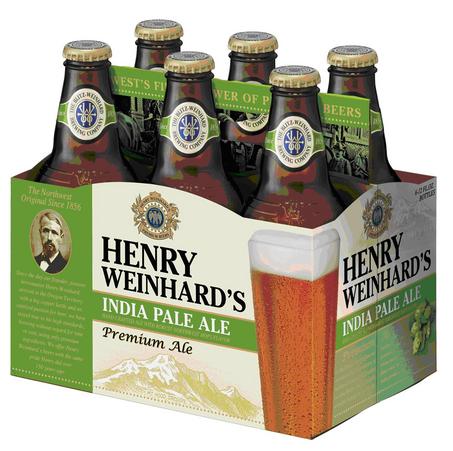 EDITORS NOTE: Henry Weinhard’s originally introduced this offering in 2008 as a spring seasonal (photo above). It is now making it’s return as a year round selection. The Henry Weinhard’s brand is owned and operated by MillerCoors.

HOOD RIVER, OR — Henry Weinhard’s is adding a new brew to its family of beers. The brewer is introducing Henry Weinhard’s India Pale Ale, a new year-round brew available starting April 1. An easy-drinking, sessionable IPA, the new medium-bodied brew features Henry Weinhard’s own unique blend of malts and three varieties of hops from the Pacific Northwest.

Adding to the excitement, Henry Weinhard’s has partnered with Keith and Monte Colburn, the well-known captains of the crabbing boat, the F/V Wizard, to launch an opportunity for fans to take part in their own “Greenhorn Adventure.” Beginning April 1, 2011 through August 31, 2011, fans can enter for a chance to win an once-in-a-lifetime opportunity to live-out a true Pacific Northwest adventure as they travel to Alaska serving as an honorary F/V Wizard crew member.

“It takes a special individual to work as a greenhorn and we’re excited to be part of this truly Pacific Northwest opportunity to join us on the Wizard,” says Captain Keith Colburn of the F/V Wizard, who notes that fans can visit retailers where Henry Weinhard’s is sold to secure text-to-enter details or enter online at www.henryweinhards.com for a chance to be a F/V Wizard greenhorn for a day. “The winner will get a chance to learn the ropes aboard a major crabbing vessel while answering to me for the day!”