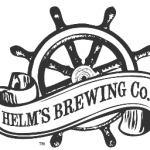 San Diego, CA — Helm’s Brewing Company announces that they are the official host for the Howl-At-Helm’s event put on by PetBox on October 25th 2014. PetBox encourages the public to bring their canine friends for HOWL at Helm’s and to celebrate Howl-o-Ween in their favorite costumes. There will be raffles, gourmet food truck, special cask beer, a doggy costume contest and more. All proceeds from the PetBox booth will benefit Second Chance Dog Rescue San Diego in order to support homeless dogs.

“We are excited and honored to host an event that not only encourages our customers to bring in their dogs, but also raises money for a great cause right here in San Diego,” said Matt Johnson, General Manager at Helm’s Brewing Company. “Helm’s has long been dog friendly and we want to make sure the dogs at Second Chance Dog Rescue find a home.”

Additional information can be found at the following websites:

Helm’s Brewing Company produces high quality and innovative craft beer designed not only to impress the connoisseur beer drinker, but also provide a fresh and local beer experience for the average consumer. The tasting room includes two 46” televisions to watch sports and is wide open to allow customers to view the brewery equipment as they enjoy a pint of beer. The tasting room is part of the community brewery concept where people can stop by after work, grab a beer on the weekend and enjoy conversation with friends.

Headquartered in sunny San Diego with some of the best dog beaches in the US, PetBox was founded in 2013 by Sean Conlon, Will Ford, and a little team of pet fanatics. Growing to over 60,000 shipments supported by over 250 pet brands in our first year, we became San Diego’s fastest growing ecommerce startup and are continuing to dream big.

Second Chance Dog Rescue is one of San Diego’s largest and most successful non-profit 501c3 organizations dedicated to saving homeless dogs. We rescue, rehabilitate and re-home dogs, primarily from local shelters, as well as dogs surrendered by their owners for various reasons, and dogs from Baja California, Mexico. Once we receive a dog, we provide medical care, including spay and neuter, and any necessary rehabilitation.