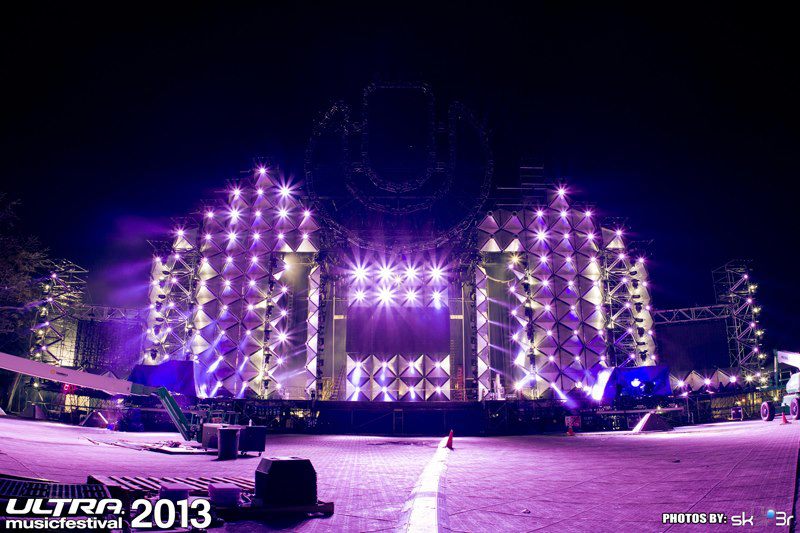 WHITE PLAINS, N.Y. – Heineken┬«, the official beer sponsor of ULTRA Music Festival, happening March 15-17 and March 22-24, 2013 at Bayfront Park in Miami, is transforming the beer line into the ultimate festival experience with its latest activation. Making its debut at the 15th anniversary of the famous event, the Heineken House delivers a world of electronic dance music (EDM) entertainment and star service to guests, ages 21 and over, as their ice-cold Heinekens are being poured.

Complete with LED lighting, low-hanging fog, air conditioning and projections of ULTRA stage feeds, the structure is designed to immerse guests into a complete audio and visual experience that ensures they don’t miss any of the action. The Heineken House will provide a premium pouring service with special hosts to accompany guests from entry to exit.

“Heineken has been a proud sponsor of ULTRA Music Festival for six years and knows attendees expect cutting-edge experiences that enhance the EDM-festival ambiance,” said Leanne Maciel, Manager of Sponsorships and Activation, Heineken USA. “With this activation, we’ve transformed the beer line into the festival destination, giving attendees an immersive experience every time they purchase a beer so they don’t miss a beat.”

Bringing ULTRA-experiences to fans beyond festival grounds, Heineken launched the Ultra Remix App to invite music enthusiasts to test their mixing skills and create personalized tracks from their mobile device. Designed for all skill levels, the App features multiple channels and a unique selection of audio files to mix with. The first remix available on the App is by Ultra performer, DJ WhiteNoize.

The Heineken Ultra remix app is available for download on Heineken’s Facebook page (www.Facebook.com/Heineken) and in the Apple store or Google Play for users ages 21 and over.

As the world’s most famous outdoor electronic music festival, ULTRA has won “Best Music Event” by the International Dance Music Awards (IDMA) six consecutive years, from 2005 to 2011, “Best International Dance Music Festival” by the Ibiza DJ Awards in 2008 and “Best Festival” by the Village Voice Media New Times consecutively five years running from 2005 through 2009. Originally created as a pure EDM (electronic dance music) festival in 1999, ULTRA has grown through the years to present not only the genre’s hottest, biggest and best headline artists (The Prodigy, Swedish House Mafia, The Chemical Brothers, Tiesto, David Guetta, deadmau5, Underworld, Kraftwerk, Armin van Buuren, Moby, Fatboy Slim, Justice, Carl Cox and Avicii to name a few), but also crossover headline bands that incorporate EDM elements in their music and have a history or new beginning in the EDM community and culture (The Cure, The Killers, New Order, Duran Duran, The Black Eyed Peas, Erasure, M83, Santigold, The Ting Tings, Cut Copy, Empire of the Sun and Bloc Party). In 2012, global pop icon Madonna appeared as a special surprise guest—the festival’s gift to their fans—to introduce the main stage final headlining artist AVICII, joining him behind the decks to premiere his UMF remix of her new single “Girl Gone Wild.” The year also was the subject of CAN U FEEL IT, a major documentary feature about the festival, which was shown in over 500 theatres nation-wide. Together with its signature, cutting-edge productions, ULTRA is unrivalled by consistently presenting the world’s greatest, most diverse EDM line-ups year after year. In 2013, as it celebrates its 15 year anniversary, ULTRA will become the first major EDM festival in the world to expand to two weekends with dates set for March 15, 16 and 17 and March 22, 23 and 24. Weekend 2 is already sold out, and Ultra has broken their previous record with ticket sales in 85 countries so far for the 2013 Festival. A global brand, ULTRA MUSIC FESTIVAL takes place in Miami, Brazil, Argentina,Chile, Ibiza and Korea, expanding into Europe with ULTRA EUROPE July 2013 in Croatia.