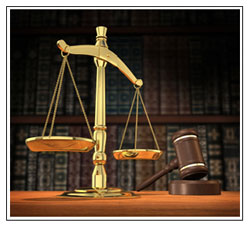 BOSTON – The Massachusetts Alcohol Beverage Control Commission (ABCC) is reversing a ruling that had craft brewers worried they would be forced shut down their businesses.

Last week, news surfaced that brewery start up Idle Hands Craft Ales was ‘not approved’ in their request for farmer-brewer license – a common permit many small brewers in the state operate under.

The ruling, which was approved by the ABCC, would have required brewers operating under the permit to grow or source-locally 50 percent of the ingredients used in beer production.

Many industry experts went on record saying that the new requirements were impossible to meet given the current landscape of the Massachusetts farming.

Bill Russell, a farmer-brewer with 450 acres of land said that while he is a fan of small scale farming and malting, the new requirement wasn’t possible.

“No farmer-brewer in the commonwealth could meet that 50 percent requirement,” he said.

Russell, who owns and operates both Just Beer and Westport Rivers Vineyard and Winery wished the ABCC would have consulted an agricultural expert before making the decision.

“They absolutely should have consulted an expert,” he said. “Brewing beer is much easier compared to planting something in the soil. That is extraordinarily complex.”

State Treasurer Steven Grossman announced today that the ABCC would be reversing the rule change and is scheduling a series of public hearings to hear input from both brewers and the public.

Chris Tkach, the founder of Idle Hands was excited to the hear the news.

“We are ecstatic that the ABCC, the Treasurer and the Massachusetts Brewers Guild were able to come to a solution that is favorable for everyone involved,” said Tkach. “We are looking forward to what comes out of the future public hearings on the how the license will evolve.”

Idle Hands’ license is technically still in a pending stage and Tkach said his lawyer is working on getting it officially approved.

“We just want to get down to what matters most – brewing beer,” he said.