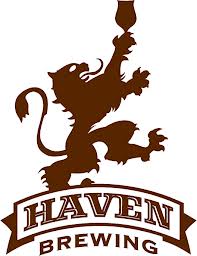 ORANGE, Calif. — Known for showcasing the finest in craft beer, haven collective, owners of Haven Gastropub in Old Towne Orange, has announced that it will keep the spirit of The Bruery Provisions alive with the opening of Provisions next month (143 N. Glassell Street, Orange). The tasting room, bottle shop and specialty market, once owned by OC-based The Bruery, closed earlier this month after more than two years of business, and has been placed in the caring hands of the haven collective team. Provisions, as it will now be called, will continue to operate as a space where guests will be able to enjoy great craft beer and craft eats.

“The Bruery Founder Patrick Rue and his team are friends of ours — they came and strengthened our confidence in the future of craft beer in Orange County when they opened Provisions shortly after we opened Haven Gastropub,” commented Wil Dee, Beverage Director of Haven Gastropub, and Partner in haven collective, alongside Chef Greg Daniels and Ace Patel. “Provisions is about community and togetherness — it’s about sharing a great appreciation for beer; and we want to help carry on the vision that was started a few years ago.”

Provisions will continue to feature craft beers on tap with a rotating tap list that will complement those of its neighboring Haven Gastropub, and will feature a deeper selection of wine, for both in-house consumption and retail purchase. Executive Chef Greg Daniels will oversee the culinary aspect of the operation, with emphasis on great cheeses, charcuterie, fresh breads, deli sandwiches and an expanded prepared food selection.

“The goal is to create a true ‘provisions’ location, where anyone can walk in and pick up a few items needed to create a proper meal,” explained Chef Daniels, who oversees the kitchen at Haven Gastropub in Orange. “There will be a few more surprises to look forward to — we hope to make the most of this great space.”

Opening date and hours for Provisions have not been determined at this time.

Partners Greg Daniels, Wil Dee and Ace Patel formed haven collective in 2009, when they opened the doors to their first restaurant, Haven Gastropub, in the heart of Historic Old Towne Orange. In early 2011, they opened their second eatery, taco asylum, at The CAMP in Costa Mesa. Later that same year, they opened their third restaurant, Haven Gastropub +Brewery in Old Pasadena, and more than a year later, they come full circle to open Provisions, a tasting room and specialty market in Old Towne Orange.