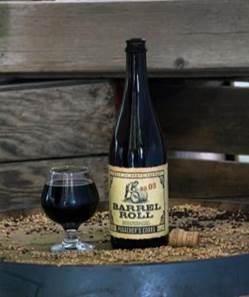 Redlands, CA — Hangar 24 Craft Brewery will be holding Pugachev’s Barrel-Aged Beer Festival No. 2 on December 7th, from 11am-4pm at the Brewery. The 2nd Annual event will commemorate this year’s release of the most popular beer in its Barrel Roll series, Pugachev’s Cobra, and will offer guests a chance to sample many beers from the Brewery’s extensive barrel-aging program. In addition, a brand new entry into the Brewery’s Barrel Roll series will be introduced: the very limited Pugachev Royale.

“Pugachev’s release day has become a holiday of sorts at Hangar 24,” said Ben Cook, Founder and Master Brewer. “We think there’s no better way to celebrate than to offer the chance for our fans to taste selections from throughout the years of our barrel program. Barrel-aging is an incredibly fun and challenging process for us brewers, and it gives us the opportunity to offer a wide variety of unique beers for an event like this.”

Pugachev’s Barrel-Aged Beer Festival No. 2 will feature a very appropriate 24 barrel-aged beers from Hangar 24 and run from 11am to 4pm on December 7th at the Brewery at 1710 Sessums Drive in Redlands, CA. This list of beers will feature each vintage of every Barrel Roll release excluding Pugachev Royale, which will be available for sale in bottles only. A complete line-up of beers can be found below. Guests can buy a $25 tasting wristband giving them their choice of eight tastes from the barrel-age beers offered. This will include a commemorative tasting glass as well. Members of the Tasting Room’s Frequent Flyer loyalty program that have achieved Bronze status or above will begin their tasting an hour early, at 10am. There will be no charge to visit the Tasting Room that day and it will be operating its regular hours of 11am to midnight, offering its daily beer menu. Live bands and food vendors will perform and cook all day long and into the evening. For more information on #H24PugaFest, please visit www.h24pugafest.com.

“This event will serve as a great introduction to our barrel-aging program for the casual fan while also rewarding the hardcore beer connoisseur who may have past Barrel Rolls in their cellar at home,” said Cook. “One guest could choose to sample many different, unique beers. This is called a horizontal tasting. Another could try multiple releases of the same beer, observing how it has changed with age and across each release. This is called a vertical tasting.”

Pouring a barrel-aged beer at the 2012 event

Hangar 24 launched its Barrel Roll series with the 2010 release of Barrel Roll No. 1 — Immelmann, and so far the series has seen a total of seven unique releases. Some were single releases while others, such as Pugachev’s Cobra, are released each year. Every time a Barrel Roll beer is reissued the beer’s flavor profile and alcohol content (ABV) vary due to the aging process, making each year’s release unique. Bottles can be aged to observe how flavors develop over time and to compare with future releases. Pugachev Royale will be the eighth release in the series but will not have a designated number- it is an offshoot of Barrel Roll No. 3 — Pugachev’s Cobra.

Pugachev’s Cobra begins as an intense Russian Imperial Stout brewed with three dark, roasted malts and maple syrup. This complex base is then aged for eight months in freshly emptied bourbon barrels. A powerful concoction, Pugachev’s can be enjoyed fresh on draught or from the bottle, but is also designed to develop in the cellar and be savored in the years to come. Each 750ml corked, hand-numbered bottle will be $20 in the Brewery Tasting Room, with a maximum of six per person. In previous years, Pugachev’s Cobra bottles sold out in the Tasting Room on release day. After that point they could only be found at select craft-centric stores and bars throughout California.

Pugachev Royale is a more developed version of Cobra. Hangar 24 added cacao nibs and vanilla beans to a select few barrels of Pugachev’s Cobra during its eight months in Bourbon Barrels. It was then transferred to brandy barrels for an additional 10 months of aging. Royale displays sweet, ripe fruit notes doused with incredible chocolate aromatics. This is a truly decadent beer to be saved for a special occasion, and will evolve in the cellar for years to come. Approximately 400 hand-numbered 11.2oz bottles will be available in the Tasting Room only. Purchases of Royale will be limited to one per guest. Price TBD.

Hangar 24 Craft Brewery was founded in 2008 in Redlands, California and is widely known for their flagship beer, Orange Wheat. The Brewery takes its name from a specific aircraft hangar at Redlands Municipal Airport, where Founder and Master Brewer Ben Cook would hang out with friends after an afternoon of flying to talk aviation, play music and share his latest batch of homebrew. The Brewery and Tasting Room were established and still operate in a renovated hangar directly across the street. Hangar 24 embodies a true passion for good beer, the absolute love of flying and the pure enjoyment of being around great friends.