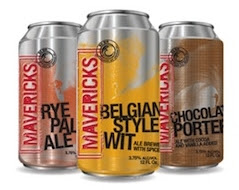 Half Moon Bay, Calif. — June 3, 2014 — The Half Moon Bay Brewing Company – known for its handcrafted beer, sustainable coastal cuisine, and scenic outdoor patio – today announces an exclusive partnership with Mavericks Brewing (mavericksbeer.com) to distribute its award-winning brews across the United States. Led by CEO Steve Morgan and launching originally in Northern California, Mavericks Brewing is an independent craft brewery devoted to creating innovative premium American craft beer in cans and is now the official licensee of the Mavericks beer brand originated by the Half Moon Bay Brewing Company.

After product development and testing throughout 2013 with assistance from Pete Slosberg of Pete’s Wicked Ale fame, Mavericks Brewing solidified its market position and focused its attention on creating exceptional canned craft beer. The Mavericks Brewing initial line of three full flavored/low alcohol craft beers will debut this month with distribution by Southern Wine & Spirits, the largest distributor in the United States.

“Southern Wine & Spirits has been expanding our representation of craft beers and is looking forward to an active partnership with Mavericks Brewing,” said Gary Wood, Beer Director, California. “We believe the time is right for high flavor, low alcohol craft beer, and I have been very impressed with the quality of the beers. The added value of being available in cans makes Mavericks an ideal beer choice for active outdoor lifestyles.” 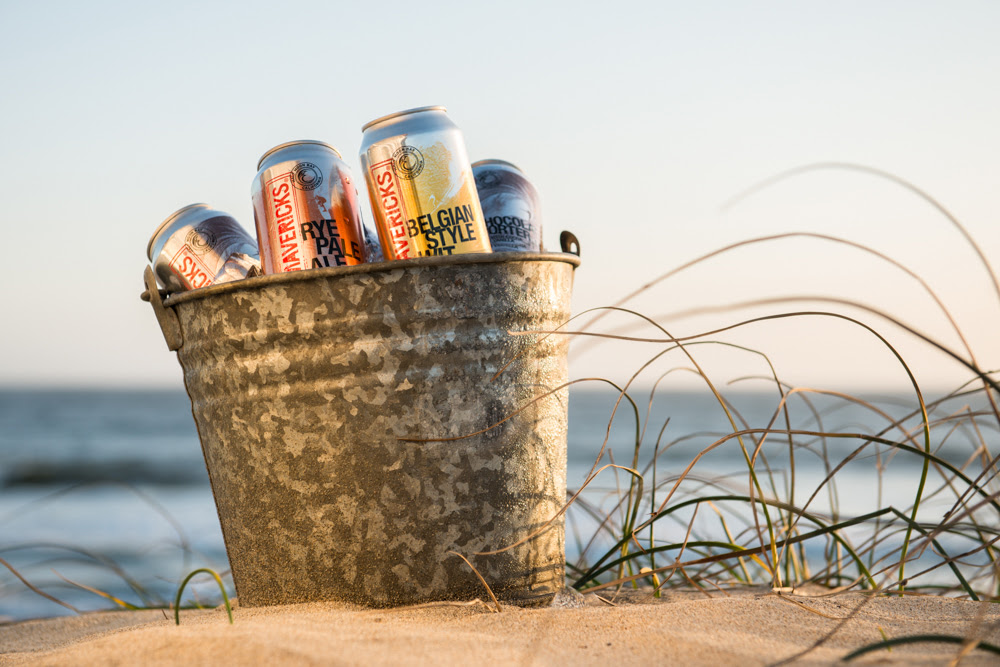 The initial three beers in the Mavericks product lineup are all designed to provide the fullest of beer drinking experiences, but with a low alcohol level of just 3.75%. The Belgian Style Wit is an easy drinking and refreshing white beer in the classic Belgian style; the Rye Pale Ale is made with 20% rye malt in addition to traditional barley malts, which imparts an angular mouthfeel and spicy, sour, and pronounced hoppy notes; and the Chocolate Porter is a rich and creamy dark beer that is brewed with a special blend of barley malts and roasted cocoa nibs.

Mavericks Brewing takes its name from the legendary big wave surf spot and invitational surfing contest, Mavericks, which is located directly offshore from the Half Moon Bay Brewing Company and widely considered to be the most exclusive and daring in the world. 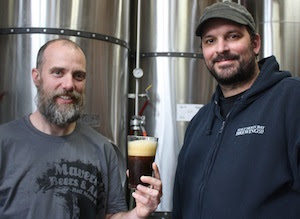 Half Moon Bay Brewing Company. With a combined total of more than 30 years of hands-on brewing experience at such legendary companies as Bear Republic (Racer 5 IPA), Moylan’s (Hopsickle Imperial IPA, Kilt Lifter), and Lagunitas Brewing Company (Lagunitas IPA), this brewing duo brings their incredible knowledge, history of creating award-winning beers, and deep passion for innovation to Mavericks Brewing.Mavericks Brewing CEO Steve Morgan, who has a J.D. from the University of Tennessee and an M.B.A. from UCLA, has held leadership positions at Napa Smith, Beringer, and Gallo of Sonoma. Morgan’s decades of experience with distributors from all 50 states and close relationships with craft beer industry leaders makes him ideally poised to lead and grow the Mavericks Brewing line of beers into a widely distributed brand.

“Our new Mavericks beers really are the next wave in craft beer – brewed to be enjoyed wherever your adventure takes you,” said Morgan. “A maverick is someone who is innovative, a risk-taker, and unwilling to compromise. At only 3.75% alcohol, these are full flavored beers that embody that spirit, come on draught and in cans, and truly taste like great American craft beers.”

Mavericks Brewing is harnessing this spirit of adventure by presenting its inaugural line of retail beers only in cans. Canned beers are eminently portable, offer superior freshness protection, and are an environmentally friendly option that is easily recyclable.

ABOUT THE HALF MOON BAY BREWING COMPANY:
Recently selected by Coastal Living magazine as one of America’s Best Coastal Breweries, by Men’s Fitness as one of America’s Top Ten Craft Breweries and by Travel + Leisuremagazine as one of America’s Best Beach Bars, the Half Moon Bay Brewing Company is situated on picturesque Pillar Point Harbor overlooking the Marina in Princeton-by-the Sea. The Brewing Company expertly pairs a family-friendly, come-as-you-are atmosphere with a winning combination of fresh, sustainable seafood, craft beers, live music and an expansive, dog-friendly patio area with blazing fire pits to keep patrons warm on the waterfront. The Brewing Company is a casual coastal venue that has become an institution in the Half Moon Bay area for locals and visitors alike since opening in 2000. With its warm, wood-toned interior, expansive windows to the ocean, and walls dotted with surf memorabilia, the 6,000-square-foot restaurant and bar is reminiscent of a typical California surf shack. Behind the restaurant lie the 1,200 square-foot Mavericks Beer Garden and on-site brewery, where hand-crafted, award-winning Mavericks┬« Beers & Ales are piped directly to the bar. The Mavericks Amber Ale won a bronze medal in the 2012 World Beer Cup, and the Ocho Barril Saison won Best in Show for session beers and the gold medal in the Wood/Smoke Ale category at the California State Fair in June, 2013.

The Half Moon Bay Brewing Company is located at 390 Capistrano Road in Half Moon Bay, Calif. The hours of operation are Monday through Friday, 11:00 a.m. to close; Saturdays and Sundays, 9:00 a.m. to close. To book a reservation, please call 650-728-BREW (2739) or visitOpenTable.com. Additional information may be found at www.hmbbrewingco.com.